CHILE's Compania Sudamericana de Vapores (CSAV), about to be merged with Germany's Hapag-Lloyd, narrowed its third quarter year-on-year by 24.2 per cent to US$35.4 million, but no quarterly revenue figures were readily available. 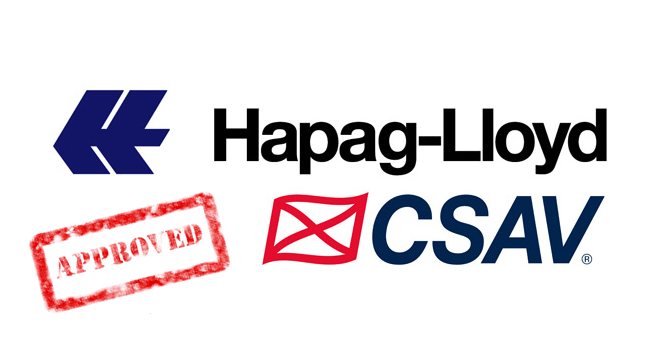 CHILE's Compania Sudamericana de Vapores (CSAV), about to be merged with Germany's Hapag-Lloyd, narrowed its third quarter year-on-year by 24.2 per cent to US$35.4 million, but no quarterly revenue figures were readily available.

"Our company continues to show a significant improvement in its cost structure, which allows us to absorb part of the freight reduction," said CSAV chief executive Oscar Hasbun.

CSAV's approaching a merger, expected to be completed in the next few weeks, will create the world's fourth largest carrier in terms of deployed capacity.

CSAV does 75 per cent of its container business in the Asia-Latin America trade, which has declined of 2.3 per cent year on year in the first nine months, according Container Trade Statistics.

Fluctuating volumes have left spot rates moving widely, Drewry said, as the average monthly spot rate from Shanghai to Santos fell 28 per cent from August to September, dropping to $2,560 per FEU.

Hapag-Lloyd is expecting to post a loss this year, revising its earlier forecast, as the carrier battles industry overcapacity and freight rates remained under pressure in the peak season before Christmas, according to Bloomberg.

Germany's biggest container shipping line predicts "that the negative operating result of the first nine months of 2014 cannot be compensated for over the remainder of the year".

In August, ocean liner still forecast a "positive, but clearly lower 2014 operating result" after recording a profit of EUR67.2 million (US$84 million) the previous year.

CEO Rolf Habben Jansen said container shipping continues to suffer from overcapacity as the delivery of vessels coincided with a trade slump triggered by the global financial crisis. The company expects "2015 to be yet another challenging year."

The ended the third quarter with a positive operating result of EUR33.1 million. "Although it is a first step in the right direction, we are not satisfied with the result. We are, however, on a good path," Mr Habben Jansen added.

In the first nine months of the year, Hapag-Lloyd had a transport volume of 4.3 million TEU, a year-on-year increase of six per cent. Despite this increase in transport volume, transport expenses fell by EUR46 million to EUR4.33 billion.

At $1,432 per TEU, the average freight rate was down five per cent on the previous year's figure.

Revenue totalled EUR4.9 billion, a fall of 2.5 per cent compared to the previous year. This was due to a weak US dollar, in addition to the low freight rate.