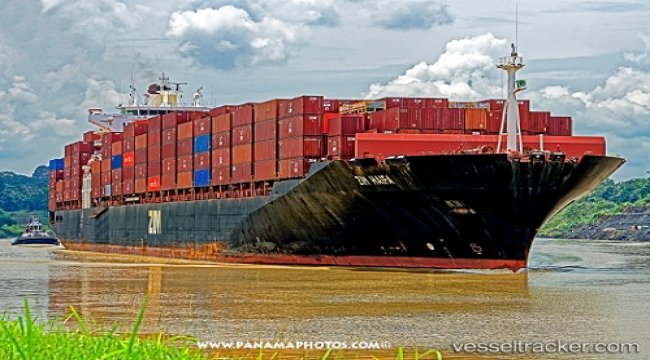 On July 25, 2018, at 2.05 p.m. a small oil spill occurred from the 'ZIM Haifa' in Novorossiysk near the berth No. 18 at the JSC Novorossiysk Commercial Seaport. Wile taking on bunkers from the product tanker 'Avior', a small crack was detected above the waterline on the starboard side of No. 5 tank, from which about one and half litres of fuel was leaked. The 'Avior' was kept alongside the ship while booms were deployed around the vessels. The fuel on the surface of the port waters was then collected by the response vessel 'NMS-29'.