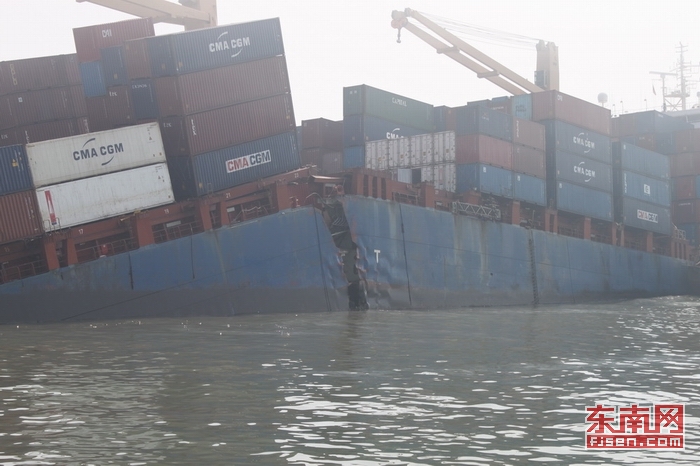 Southeast March 17 hearing on March 15, carrying 1913 containers Singaporean container vessel, 202 meters long  BARELI , round stranded aground in the waters near Fuzhou Jiangyin Port.
Provincial government, the leadership of the Ministry of Transport, Fujian Provincial Committee attaches great importance to and under the command of all the 21 crew members were safely rescued is now properly placed in Fuqing Jiangyin local hotel, the maritime sector provides a good board and lodging arrangements for the crew, accident investigation team conduct a full investigation. 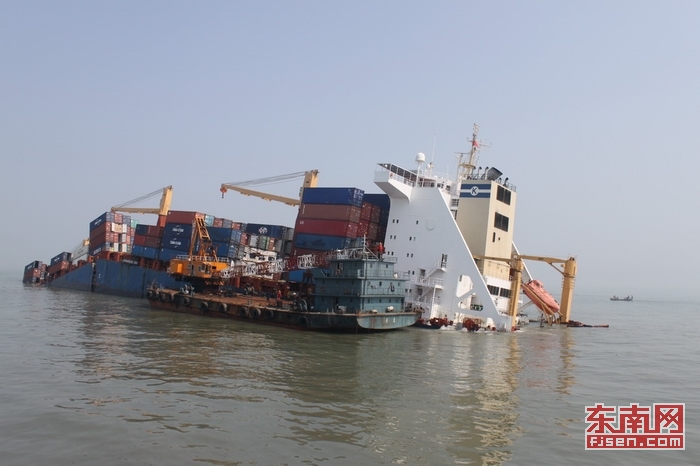 To maintain a state of stability of the ship in distress, in order to facilitate the next phase of relief operations, and organizational strength of the maritime sector "BARELI round to take custody of the Coast Guard boat scene, the incident area traffic control, aft double anchor laid, now basically stable control of the ship pollution sources simultaneously. Fuzhou Jiangyin Port, Waterway was not affected, other ships in and out to maintain a smooth flow.
16th evening, Vice Governor of Fujian Provincial Government, Wang Meng emblem away on mission back to Fujian Province maritime rescue center, held BARELI "ran aground emergency disposal Coordination, Fuzhou, Putian City, as well as maritime safety supervision, public security, border, marine and fisheries, search and rescue members of the unit is responsible for the comrades to attend the meeting. Listen to the report of the of Luding Liang, Secretary of the Fujian Maritime Safety Administration on crew rescue and prevention and control of pollution from ships, Wang Meng emblem of the accident follow-up treatment to make specific comments, and request the local government and relevant departments to fulfill their duties, to strengthen communication and collaboration, and concerted efforts, smooth and quickly dispose of the ship and rescue, cargo transfer, as well as pollution prevention and control of all work; public security, frontier defense and other departments to enhance the maintenance of law and order and the order of the scene of the accident. 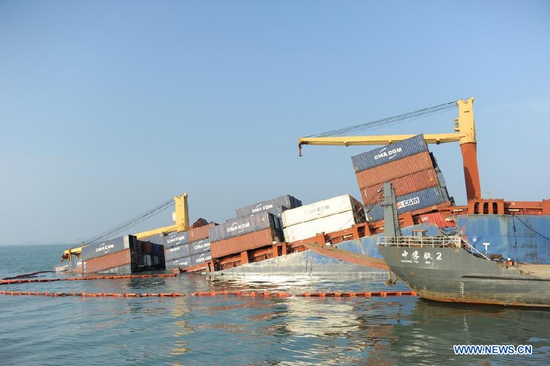 At present, including the implementation of the joint patrol in Fujian, Guangdong, Fujian sea area "Coast Guard 31 coastal patrol boats and rescue, marine police, maritime surveillance, fishery, floating crane, clean up, etc. 14 all types of vessels at the site for emergency Disposal, on-site monitoring and pollution prevention and control work. To accelerate the development of board container unloading, lightering, except for the afternoon of the 16th arrived at the scene of the floating crane ship "Marine 1" and "along the river on the 1st", Fujian Province maritime rescue center also coordinates the Shanghai Salvage Bureau professionals and ship participation relief, coordination of professional engineering in Shanghai, Zhoushan ship to the scene to participate in the rescue work. Marine and fisheries sector, send professionals to conduct regular monitoring of seawater quality at the scene of an accident, has not yet found signs of sea water contaminated. 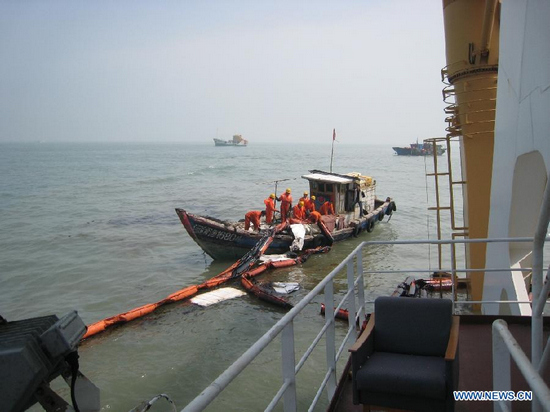 Best efforts to prevent and control of pollution from ships, Fujian Maritime Bureau to coordinate the relevant departments and professional force, proceeded to organize BARELI "round of fuel, oil sewage and other contaminants in cleanup work, laying around booms to prevent oil pollution along with the currents released into the atmosphere; to develop the ship kept the oil extraction and earnestly implement the ship in distress goods disposal program is also under development, container unloading, lightering, and control work will be carried out as soon as possible. 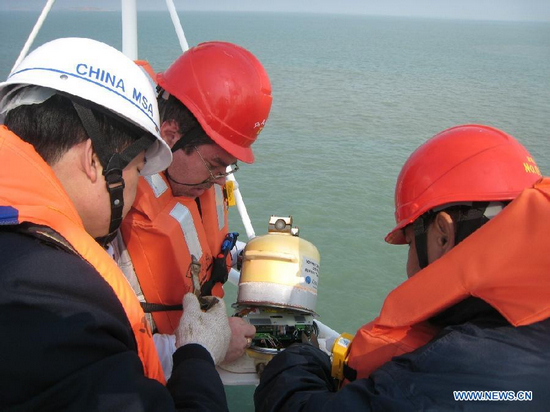