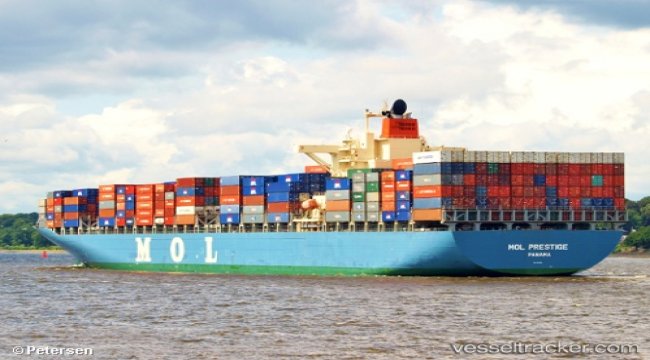 The 'MOL Prestige' is still drifting with wind and currents with 21 crew members remaining on board. They were safe and without danger. The ship was around 207 miles southwest of Haida Gwaii, British Columbia. The extent of damage to the engine room waa still being assessed. The Canadian Coast Guard had deployed the 'Sir Wilfrid Laurier' to assist the container ship which was awaiting the arrival of a tug to pull it to the nearest North American port. The cause of the fire has not yet been investigated, but earlier ship inspections in the US and Canada pointed to deficiencies in the ship's auxiliaries, as a possible cause. The container vessel had left the port in Vancouver on Jan 29, heading towards the port of Tokyo.