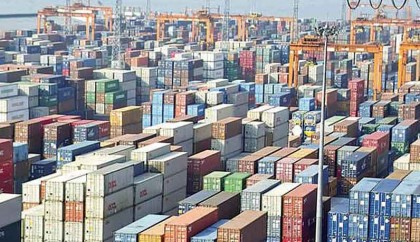 Last month, they tried twice to impose a congestion surcharge (PCS) of US$1,000 per FEU and twice they were forced to capitulate, firstly as a result of pressure from shippers, and on the second occasion because the Federal Maritime Commission challenged the legality of such a surcharge.

One FMC commissioner, taking the union's view, said the congestion was largely of the lines' own making: by withdrawing chassis provision, by placing larger ships into the trade and by allowing vessels to bunch as a result of poor schedule reliability.

Drewry found that judgment harsh. After all, carriers had trimmed monthly capacity 4.5 per cent since October through blanked sailings, which afforded some relief to San Pedro Bay terminals.

"Advertised provision in November was only 1.4 per cent higher than the previous month - in reality, given all the ships off schedule, it was probably less," the UK-based shipping consultant said.

"Against a year ago, November's supply was 7.2 per cent higher which is not an unreasonable increase of tonnage given that the rolling 12-month average demand growth is running at 5.2 per cent."

Drewry continued: "At the same time, the lines have not done themselves any favours by allowing spot market rates to fall so sharply during the last week of November. In that week, prices dropped from $1,925 to $1,725 - a fall of 10 per cent and, despite the growth in traffic this year, spot rates have sunk to more or less where they stood a year ago."

Drewry believes that the current slack season volumes will give some respite to the west coast port congestion, but fundamental issues need to be addressed by the industry's stakeholders if this is not to be a recurring theme.

The eastbound trade has enjoyed a strong peak season with the volume of cargo moving on the headhaul leg during September to the WCNA ports hitting an all-time record of 1.1 million TEU, registering a year-on-year rise of 5.1 per cent.

Asian boxes pouring into the US ports surpassed the 900,000 TEU threshold for the first time ever, and the Mexican market remained strong with a rise of 17.5 per cent.

Only the Canadian trade lane remained subdued with loads scarcely any higher than a year ago, and September volumes were well off their June peak.