COLOMBIA's Contecar terminal in the Caribbean port of Cartagena has posted a 13.4 per cent year-on-year increase in container volume to 1,613,570 TEU in the first three quarters, reports UK's Port Strategy. 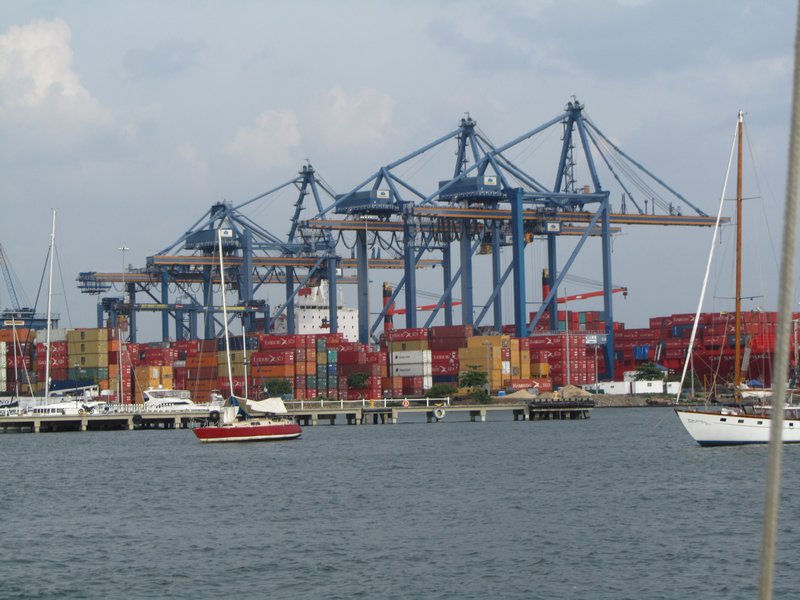 COLOMBIA's Contecar terminal in the Caribbean port of Cartagena has posted a 13.4 per cent year-on-year increase in container volume to 1,613,570 TEU in the first three quarters, reports UK's Port Strategy.

The port attributes its robust performance to a recovery in major global economies and that its Contecar terminal has won more transshipment traffic from other Caribbean ports.

The port also offers high levels of connectivity compared to rivals, serving more than 595 ports in 136 countries via 30 shipping lines, said the report.

Currently, postpanamax vessels are the largest making calls and these are expected to consolidate their position once the new locks on the Panama Canal are opened.

But the container terminal is also ready to deal with 14,000-TEU ships should these be deployed to the Caribbean.

Today, 70 per cent of Cartagena's container traffic consists of transshipments, a proportion that has been rising in recent times, largely because of its location, with the Caribbean a natural hub for the Americas.

Over time, it has become the effective regional hub for Hamburg Sud, Hapag Lloyd, CSAV, CCNI and CMA CGM, while also functioning as a logistics distribution centre for a variety of international clients, such as Pirelli, Bayer, Red Bull and Direct TV.

Other shipping lines, including Maersk, NYK, Marfret, Melfi Marine and Norasia are also involved in transshipment activities at the port.

Cartagena, it is pointed out, also offers global levels of productivity and requires only a minimum deviation from trade routes passing through the Panama Canal. The location of the distribution centres adjacent to the port also help.

"A strong domestic market and the presence of a distribution hub on our doorstep are especially important in generating a critical mass of traffic, allowing shipping lines to optimise their vessels, which carry a mix of import-export and transshipment traffic," the SPRC said.

There is also a reefer boom afoot, resulting in additional investment ensuring the port functions as part of the overall cold-chain. Products such as cut flowers, bananas, avocados, exotic fruit and medicine are now containerised.

Cartagena Bay also handles ro-ro traffic at other terminals as well as coal, petroleum and its derivatives, fertiliser, steel and project cargo. All together, this amounts to some 44 million tonnes a year.

The port has invested around US$1 million in its Contecar and SPRC terminals, placing it in the top 30 ports worldwide in terms of container cargo handled. Indeed, by 2017, traffic is expected to reach 5.2 million TEU, said the report.