The Great Lakes shipping season was scheduled to end on Jan 15, 2018, but Lake Erie’s ice was forming earlier than usual 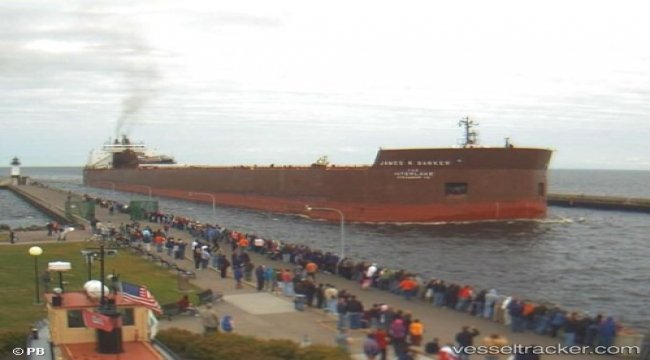 The Great Lakes shipping season was scheduled to end on Jan 15, 2018, but Lake Erie’s ice was forming earlier than usual. The U.S. Coast Guard cutters 'Neah Bay' and 'Morro Bay' — 140-foot ice-breaking tugs — freed several vessels on Jan 3 and 4 which were hindered by ice in western Lake Erie and the St. Clair River. Cold weather caused ice to form rapidly over Lake Erie, leading to the 'John J. Boland', 'Hon. Paul J. Martin', 'Indiana Harbor' and 'James R. Barker' to become stuck in ice. The 'John J. Boland' became stuck in ice in western Lake Erie late on Jan 1 and was broken out by the Morro Bay about 8:45 a.m. on Jan 3. The 'Indiana Harbor' was beset by ice on Jan 2 in the Middle Channel of St. Clair River and was broken by the Neah Bay. The 'Hon. Paul J. Martin' was trapped by ice on Jan 2 in western Lake Erie and was freed by the Morro Bay. The 'James R. Barker' was freed in western Lake Erie Tuesday and broken out by the tug 'Calusa Coast'. It became trapped again and was later freed by the 'Morro Bay'.