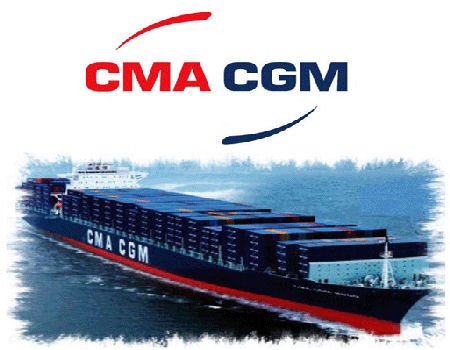 Thanks to the service calls in the Tangiers and Malta hubs, West Africa will be connected to many African, Mediterranean, Black and Red Sea markets, said a company statement.

By upgrading the EURAF 4 service, West Africa is now be directly connected to the west Mediterranean markets each week.

Two vessels have been added to make a seven-ship loop of 2,200 to 2,700-TEU units on the EURAF 4 service that rotates through Malta, Livorno, Genoa, Fos-sur-Mer, Barcelona, Valencia, Tangiers, Cotonou, Lome, Port Gentil, Libreville, Tangiers and back to Malta.

The service started with the 2,202-TEU Spirit of Cape Town sailing from Malta on July 18.

Until now, the service called at Tangiers, Lome, Cotonou, Port Gentil, Libreville, Lome and back to Tangiers.

The upgrade involves addition of calls in Italy, France, Malta and Spain as well as a call at the CMA CGM hub in Tangiers, offering connections with the EURAF 1, EURAF2, EURAF 3, EURAF 5, Wazzan and Guinea Express services.

The call in the group's hub in Malta, connects the EURAF 4 to the east Mediterranean, Red and Black Seas as well as North Africa.

The CMA CGM Group has been in Africa since the 2001 launch of its WAX service. The acquisition of Delmas in 2006 reinforced the presence. CMA CGM now calls at 28 ports in West Africa.