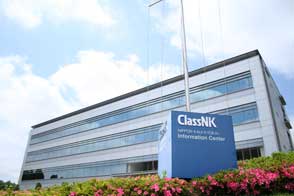 JAPANESE classification society ClassNK says it has discovered a breaking point in the heaviest of steel plates that requires new standards in the building of mega ships, reports London's Loadstar.

This relates to its breaking point of steel plates that played a crucial role in the splitting apart and sinking of the 8,110-TEU MOL Comfort in the Arabian Gulf in June 2013 - a total loss and the worst disaster in containership history.

After the sinking, ClassNK concluded that a fracture originated in the bottom of the shell plates of number six cargo hold and progressed up the side shell plating of the ship.

Immediately after the casualty the Comfort's six sister ships were inspected and found to have buckling deformations on their bottom shell plates. They were withdrawn from service and dry-docked to have their hulls reinforced in the centre of the midship area.

This prompted the International Association of Classification Societies (IACS) to publish its "Unified Requirements" for the use of extremely thick steel plates to ensure structural reliability.

This outlined a minimum brittle crack arrest toughness value of 6,000 N/mm 3/2 at -10C' the minimum design temperature for commercial vessels.

But today's IACS requirements only relate to steel plates with a thickness of 80mm or less, with the value for brittle crack arrest of steel plates in excess of this to be "specifically agreed" with each classification society.

ClassNK carried out extensive verification tests in a joint research and development project with the Japan Welding Engineering Society (JWES) on 100mm steel plates, used in the construction of 18,000-TEU plus vessels, on ultra-large-scale test specimens simulating the actual construction of the hatch side coaming and upper deck of an ULCV.

It concluded that that the minimum brittle crack arrest toughness for 100mm steel plates used in the construction of the ULCVs must be 8,000 N/mm 3/2 at -10C.

Based on these findings, ClassNK said that "in principle" it would now require this minimum for its future ship classification approval of ULCVs.