MUFFLED threats and counter threats are rumbling beneath the diplomatic surface over whose territorial waters surround the Spratly and Paracel Island chain sitting as it is right in the path of the world's busiest shipping route. 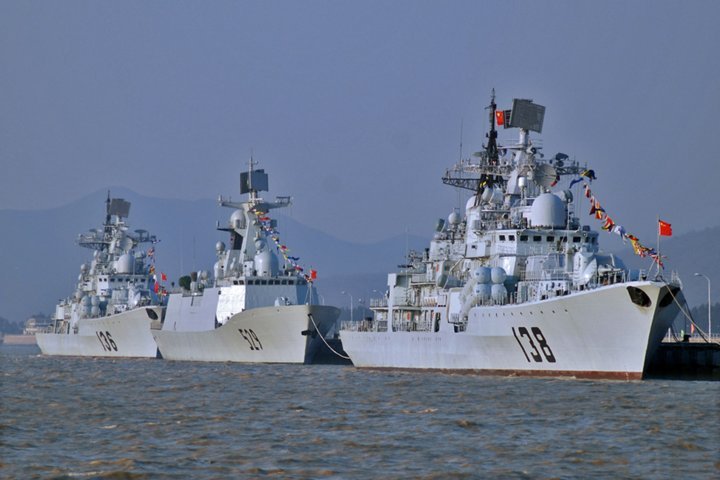 MUFFLED threats and counter threats are rumbling beneath the diplomatic surface over whose territorial waters surround the Spratly and Paracel Island chain sitting as it is right in the path of the world's busiest shipping route.

China claims all of the South China Sea for itself, a claim disputed by riotous mobs torching Chinese factories in Vietnam, the Philippines, which deliberately ran a ship aground there and then stationed troops there every since. Also Malaysia and Brunei have staked their claimed to some of the scattered islands and atolls that make up the chain.

Now US officials say there is growing momentum within the Pentagon and the White House to take concrete steps to send Beijing a signal that the recent Chinese build-up of a military base in the Spratlys has gone too far and must stop.

Beijing in turn has said it is "extremely concerned" that the Pentagon might send military ships and aircraft into the disputed waters in the South China Seas.

"Freedom of navigation certainly does not mean that foreign military ships and aircraft can enter another country's territorial waters or airspace at will. China would definitely safeguard its territorial sovereignty," said foreign ministry spokeswoman Hua Chunying.

Her comments came after reports that US Defence Secretary Ash Carter had requested options to "assert freedom of navigation" by sending aircraft and warships within 12 nautical miles of Chinese-made artificial islands in the Spratly chain, reported Hong Kong's South Morning Post.

A senior State Department official said US foreign minister John Kerry would leave China "in absolutely no doubt" about Washington's commitment to freedom of navigation in and over the South China Seas.

Tensions have been building as claimant states build structures in areas they claim are theirs. Satellite images from the last four years show Vietnam, Malaysia, the Philippines and other Southeast Asian countries are also reclaiming land in the South China Sea,