CHINA has started dredging work in the Spratly Islands and had begun to create land on Mischief Reef in Beijing's latest move to firm up its South China Sea claims. 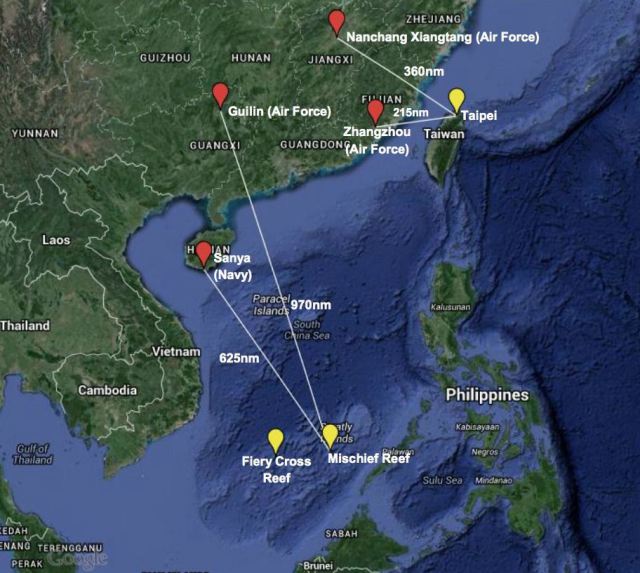 CHINA has started dredging work in the Spratly Islands and had begun to create land on Mischief Reef in Beijing's latest move to firm up its South China Sea claims.

The report comes from IHS Maritime 360, which now owns Janes Defence Weekly, and is based on Airbus Defence and Space imagery dated July 19 last year and January 30, showing progress.

IHS Maritime identified the dredger as Tian Kai, a trailing suction hopper dredger operated by CCCC Tianjin Dredging Co Ltd that was in the area from January 14 to February 16. The imagery shows Tian Kai dredging a channel close to one of China's existing platforms in the reef, and depositing the spoil on the reef to create a landmass.

Other data from IHS Maritime suggests that China is deploying its latest China Coast Guard (CCG) offshore patrol vessels to monitor potential outside interest in the dredging activities.

AISLive data showed that Haijing 3307, a 3000-tonne OPV fitted with water cannon and capable of embarking a helicopter, patrolled an area to the southeast of Mischief Reef from 5 to 24 January and again from February 12 to 27.

Chinese media have also released satellite images suggesting China is beginning to create a landmass at Subi Reef, which is about 25 kilometres southwest of the Philippine-occupied Thitu Island, Manila's only Spratly island to have an airstrip.

Meanwhile, Beijing has reacted strongly to comments by the Vietnamese head of the Association of Southeast Asian Nations (ASEAN) in which he rejected China's 'dashed-line claim' to the South China Sea.

ASEAN Secretary General Le Luong Minh recently said that all ASEAN claimants opposed the dotted line concept because it did not accord with the United Nations Convention on the Law of the Sea (UNCLOS) and because the dotted line covered "90 per cent of the South China Sea".

"There is no way it can be accepted by any party to UNCLOS," Mr Le said. He described China's land reclamation activities in the Spratly Islands as potentially dangerous as they were changing the status quo. "The expansion and illegal [occupation] of islands affect the status quo and [they are] complicating the situation," he added.

Chinese Foreign Ministry spokesman Hong Lei responded on March 11 by saying that ASEAN was not a party to the South China Sea dispute and that Mr Le "has many times made partisan statements that do not accord with the facts nor suit his position" as ASEAN secretary general.

"This is a serious deviation from the neutral position ASEAN and its secretary general ought to have on the relevant issue, and damages the image of ASEAN as a regional international organisation," Mr Hong added.