China is shipping unusually high volumes of alumina for a second time this year to an international market desperate for the ingredient used to make aluminium, traders and analysts said, even as domestic prices rise and put pressure on smelters. 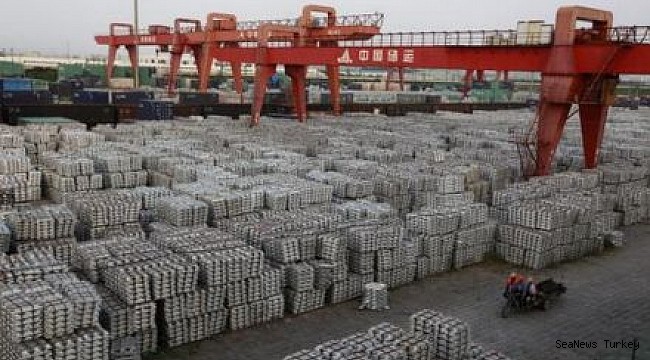 China is shipping unusually high volumes of alumina for a second time this year to an international market desperate for the ingredient used to make aluminium, traders and analysts said, even as domestic prices rise and put pressure on smelters.

Contracts to export over 140,000 tonnes of alumina from China were signed in July amid a favourable price arbitrage, according to consultancy CRU. That’s almost three times as much as was exported all of last year, Chinese customs data shows.

China, the world’s top aluminium producer, has rarely exported significant volumes of alumina. That changed in April when U.S. sanctions on Rusal compounded an outage at Norsk Hydro’s Alunorte plant in Brazil, deepening a global shortage of the white powder.

International alumina prices are up 37 percent year-to-date to just under $560 a tonne, making Chinese exports profitable even though spot alumina prices in the smelting heartland of eastern China SMM-ALM-ECHN have surged by 20 percent from end-June to 3,300 yuan ($480.07) a tonne.

“The price differential between the rest-of-the-world market and the Chinese market is significant,” said a Europe-based alumina trader, whose usual business of shipping alumina into China has been turned on its head.

The arbitrage shut after an initial wave of Chinese exports in May and June, but it is wide open again, with alumina cargoes heading to Europe, Africa and other parts of Asia, he said.

High alumina prices have been a boon for China Hongqiao Group, whose revenues for the material increased almost fivefold year-on-year in the first half of 2018. Australian duo South32 Ltd and Alumina Ltd are also cashing in.

Smelters without their own alumina refineries, however, are suffering from high input costs, and the situation could worsen, industry sources warned, especially if a strike at Alcoa Corp’s operations in Western Australia starts to affect output.

“So costs are exploding (and) many smelters (globally) are losing money,” said an analyst at a hedge fund.

“Most importantly, and hardly anyone talks about it, there is a real risk that Rusal sanctions will not be lifted any time soon, definitively not before the (U.S. mid-term) November election,” he said.

U.S. customers of Rusal have until Oct. 23 to wind down business with the Russian aluminium giant, which produces around 6 percent of global alumina supply.

Tanker out of control