One person in the rubber boats drifting in the open waters of Izmir's Aliağa county was rescued by the Coast Guard Command. 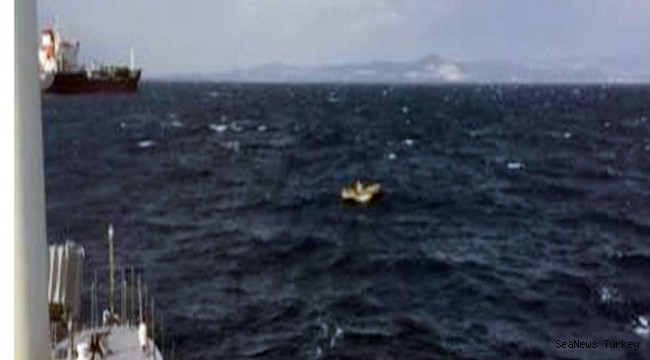 One person in the rubber boats drifting in the open waters of Izmir's Aliağa county was rescued by the Coast Guard Command.
According to the information obtained, A.Ö (47) named person came to Şakran Mahallesi shore with his friends to try the new 6 meter boat which he bought. After a while, A.Ö started to stand alone, hard-lived minutes after the boat's engine stopped. While the rubber boats were drifting under the influence of the wind, the coastal friends who had seen the situation informed the Coast Guard Command. Aliağa Coast Guard Boat Commanders, who came to the shore upon notification, reported the incident to the navigators in the surrounding area. Result of helicopter-assisted search activities A.Ö. The Çandarlı Gulf was rescued by the Coast Guard teams at Yeni Port Region and brought to Aliağa Port. I learned that the health condition of A.Ö. was good.