Oil leaking from a vessel which ran aground off Norway on Thursday evening is threatening the Kosterhavet national park off the west coast of Sweden. 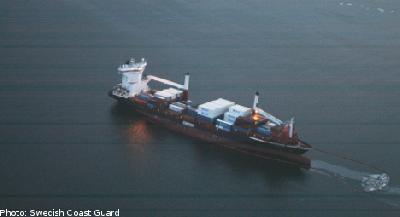 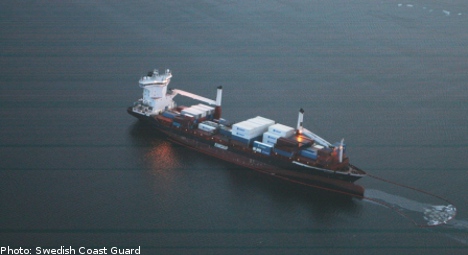 At 2000 Feb 17 boxship Godaffos ran aground outsied Fredrikstad after pilot left vessel. Vessel leaking fuel from both sides, there are about 800 mt of fuel on board, and 439 containers. Oil leak is already 2.5 nm length. Vessel listed 8-10 deg. Godafoss sailed from Fredrikstad to Helsingborg.Oil leaking from a vessel which ran aground off Norway on Thursday evening is threatening the Kosterhavet national park off the west coast of Sweden.

The Icelandic cargo ship Godafoss ran aground off Hvaler in Norway, four nautical miles north of the Swedish border on Thursday evening, leaking a quantity of oil into the sea.

There are fears that the oil could be blown towards the Norway's Ytre Hvaler and Sweden's Kosterhavet marine national parks.

"It is primarily the birdlife in the national park which is threatened by the oil leakage," said Anders Tysklind at Kosterhavet to the TT news agency.

Ytre Hvaler is the are which is currently under the most risk of pollution, as current weather conditions and winds are protecting the Swedish side.

The Godafoss is reported to have sustained two punctures to its hull penetrating its fuel tanks, with each having a capacity of 250 cubic metres, according to a statement from the Swedish coastguard (Kustbevakningen) which is cooperating in the clean up operation.

The Norwegian coastguard has placed out booms around the fuel during the night in order to minimise its spread. According to Norwegian media sources the oil slick from the vessel is reported to have extended to 4.5 kilometres.

Kosterhavet is located in Strömstad and Tanum municipalities in Västra Götland county and became Sweden's first national marine park when it was opened in September 2009.

The park consists of the sea and shores around the Koster Islands and to the north it borders the Norwegian marine park of Ytre Hvaler.

The park stretched to almost 400 square kilometres and is home to some 6,000 marine species, with around 200 unique to the area. 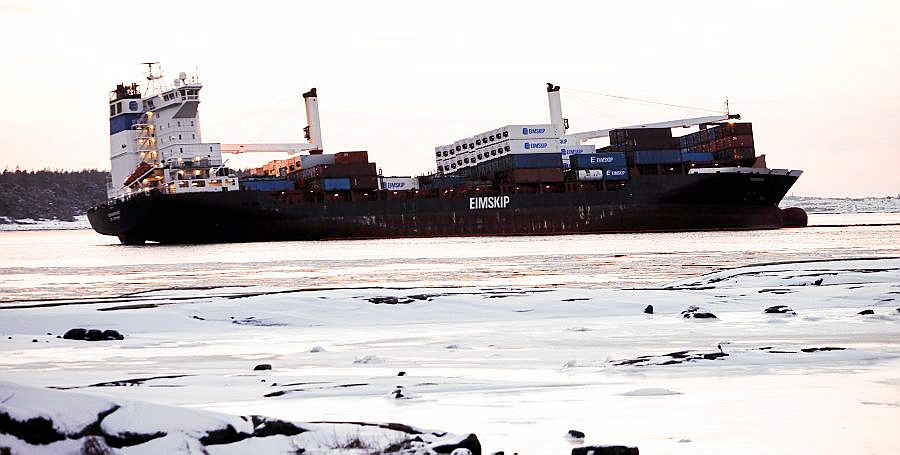 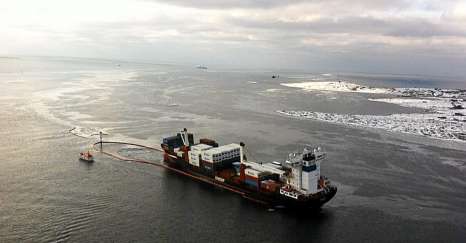 Battered ONE Apus moors at Kobe!
Related News
Most Read News
Recent Comments
Russian tanker was too tough for the Somali pirates

Turkey demands Israeli apology over flotilla raid regardless of ... - Ha'aretz