The 'Black Rose' wreck near Paradip is still lying unattended 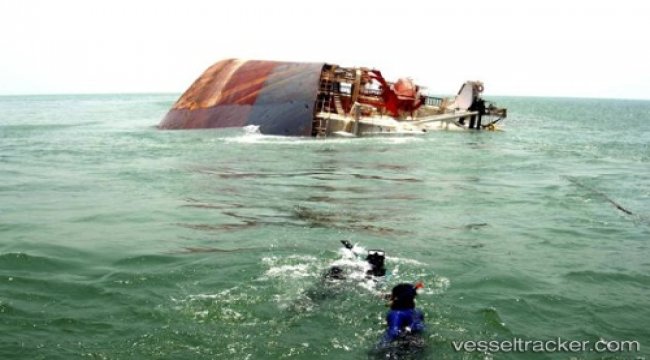 08 July 2018 - 12:56
The 'Black Rose' wreck near Paradip is still lying unattended. The sunken ship was yet to be dismantled and it appears that authorities ‘lack interest’ to remove the wreckage of the ship. As the salvage operation of the wreckage of the ship was still incomplete, it continued to pose serious danger to the environment and marine species. Besides, the partially-submerged vessel was also posing a threat to shipping operations as there were no proper lighting arrangements near the wrecksite. Presently, more than 85 percent of the sunken ship is submerged under water while 15 percent showed above the surface of the sea. Boats returning to the shore during night were facing problems and already two to four boats have met with accident at the spot in the past. Though earlier a massive operation was undertaken to prevent oil spill by spending crores, no such concrete measures have been taken towards removal of the wreckage. Recently, a CBI inquiry was ordered following allegations that the vessel was engaged in illegal transportation of iron-ore and other minerals by forging documents. Besides, involvement of some high profile politicians from the State is also alleged.
This news 1658 hits received.