SHOCKING news that the world's biggest supplier of marine fuel has been plunged into bankruptcy in Singapore after fraud was been reported to police, has prompted a warning to policy holders from a major marine underwriter. 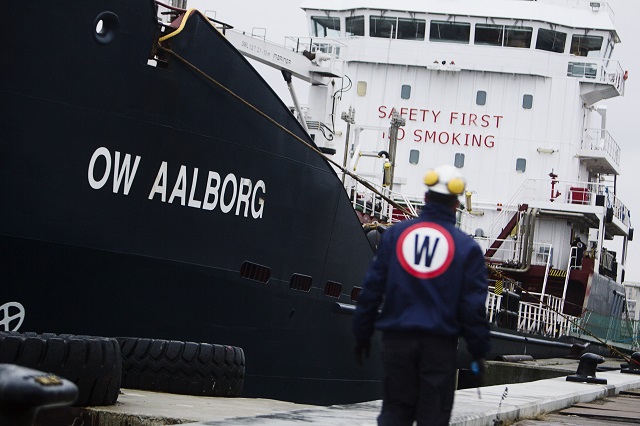 SHOCKING news that the world's biggest supplier of marine fuel has been plunged into bankruptcy in Singapore after fraud was been reported to police, has prompted a warning to policy holders from a major marine underwriter.

"The immediate advice is not to pay or release any monies to suppliers without first checking the position with the Club," said the London-based Chatterers Mutual Assurance Association in a bulletin.

"There are risks in making direct payment to physical suppliers whilst OW Bunker’s legal position is unclear which, may expose assureds to pay twice," said the Charters Mutual statement.

The Danish company has filed for commencement of in-court restructuring procedure for two of its subsidiaries after talks with banks failed.

"The extent of the legal proceedings filed is unclear at this stage. The application will most likely have been accompanied by a request to prevent creditors taking steps against the assets of OW Bunkering and its subsidiaries whilst permission for restructuring is sought," said the underwriter.

"It may take time for court orders to be issued in Singapore and other jurisdictions to prevent creditors from taking legal action against the companies involved. In the interim, there will be uncertainty about the legal status of OW Bunkering and its subsidiaries," said the advisory.

"This is likely to result in the creditors of OW Bunkers taking immediate steps to try and get their debts paid before the courts in Singapore (or elsewhere) issue orders preventing creditors from taking further legal steps," it said.

"Parties who owe monies to OW Bunker or its associated companies may receive demands for payment direct from the suppliers of fuel as a consequence.

"Indeed the Club has received a number of enquiries involving physical suppliers requesting assureds to withhold payment to OW Bunker," said the advisory.

"The legal situation may remain fluid for several weeks. OW Bunkers are likely to continue to trade during that time. If existing contracts have been made but have not yet been fulfilled by OW Bunkers, advice should be sought from the Club before proceeding with those contracts," said the Chatterers Mutual statement.

Separately, the International Bunker Industry Association (IBIA) has declared it will be taking part in talks led by the Maritime and Port Authority of Singapore (MPA) to ensure continuing smooth bunker operations in the wake of the scandal.

"This is an unprecedented occurrence and our thoughts are with the very large number of competent hardworking ex-employees now urgently in need of support and industry contact," said IBIA chief executive Peter Hall.

"The association is also offering professional career support services to those individuals who have lost their jobs," he said.

"We are offering all ex-OW Bunker employees impacted by the situation free IBIA membership. This will provide them access to an independent forum where their details can be made available to employers who are picking up the business previously conducted by OW," Mr Hall said. Maersk Liner results

Maersk Line profit up 23.5pc to US$685 million, fresh tonnage on order