Barcelona first half box exports up 12pc to 276,566 TEU, but imports slack

SPANISH Port of Barcelona's containerised exports increased 12 per cent in the first half of 2013, compared to the same period last year, to 276,566 TEU driven by growing export volumes to countries outside of Europe. 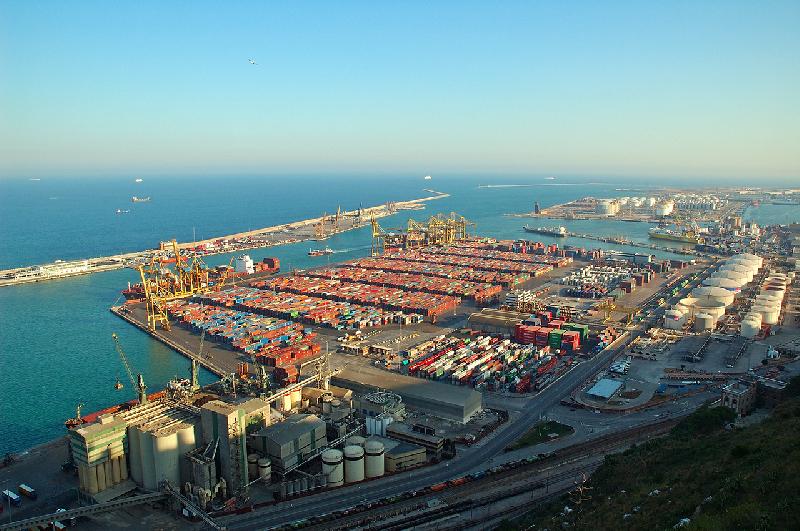 SPANISH Port of Barcelona's containerised exports increased 12 per cent in the first half of 2013, compared to the same period last year, to 276,566 TEU driven by growing export volumes to countries outside of Europe.

Overseas markets that showed the strongest demand were Morocco, Algeria and Tunisia in North Africa, which received 80,000 TEU, and the Far East (including China and Japan) with more than 60,000 TEU. The other leading regions for exports from Barcelona were the Eastern Mediterranean, the Black Sea, the Persian Gulf and the Arabian Sea, reports Catalan News Agency.

The volume of bulk solid cargo handled in the first six months of the year increased by seven per cent year-on-year with a total of 1.1 million tonnes being exported. Exports of bulk liquid cargo amounted to over 5.2 million tonnes and there has been a 69 per cent increase in petrol transport to more than one million tonnes.

Imports, on the other hand, have been falling in recent years due to weak domestic demand because of Spain's economic crisis. The first half 2013 total shrunk two per cent, although, imports in June were up five per cent, which may signal an economic turnaround. Imports from Turkey, India, Vietnam, Chile and Russia increased the most.

Other positive port activity has been the growth of intermodal transport to and from the port by rail, up 14 per cent year on year to 66,942 TEU. Within the total number of vehicles transported to or from the port, 32 per cent (30,000) were moved by rail. Dry bulk grew by 22 per cent in the first half to 208,410 tonnes.

The report said the port's has benefited from the creation of new rail tracks that are the same width as the rest of Europe, thereby enabling cargo to be moved throughout the continent at a lower cost and without the need to change trains.