Six people were rescued and one swam to the shore on his own. The search for the remaining passengers and the boat crew is underway, according to the latest reports. 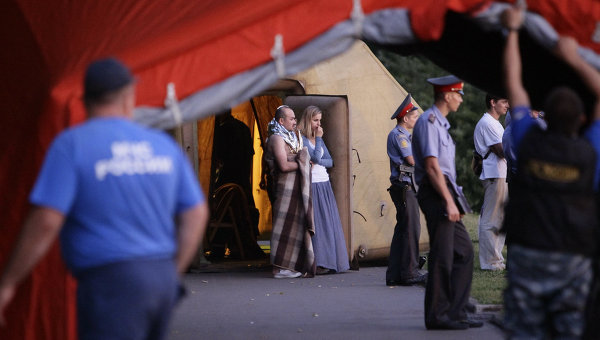 At least five people died after a private pleasure boat carrying 16 people sank shortly after midnight on Sunday in the Moskva River in the center of the Russian capital after a collision with a cargo barge.

Six people were rescued and one swam to the shore on his own. The search for the remaining passengers and the boat crew is underway, according to the latest reports.

Investigators say the death toll in the boat wreck may rise to ten people. The bodies of five people, including the captain who was also the boat owner, have already been brought to the surface.

A source in emergencies services told RIA Novosti that there were two Turkish nationals among the rescued passengers. Colleagues of the victims said the passengers celebrated a birthday party.

Witnesses reported that the boat was making erratic movements, circling the barge before colliding with it.

A floating crane is expected to arrive at the site of the tragedy as the sunken boat has been reportedly caught between the hull of the barge and the bottom of the river at the depth of three meters, making the rescue difficult.

The incident comes less than a month after a two-deck cruise ship Bulgaria carrying 201 people capsized and sank on the Volga River, killing 122 passengers, including children. Only 79 people were rescued.

Following the sinking of the cruise ship Bulgaria, Russian President Dmitry Medvedev has ordered total checks of all passenger transport vehicles in the country. 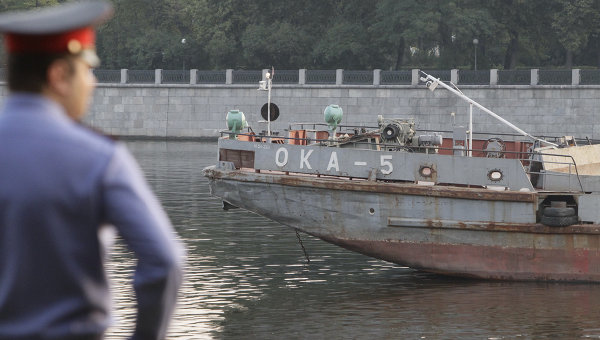 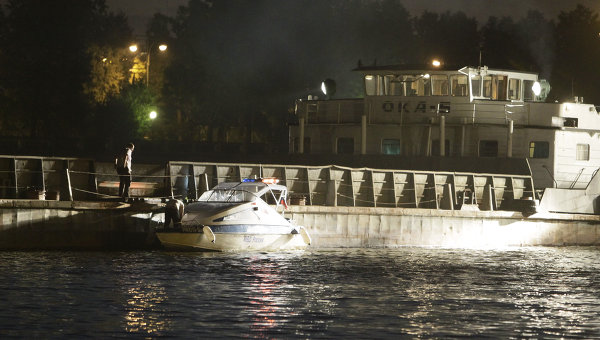