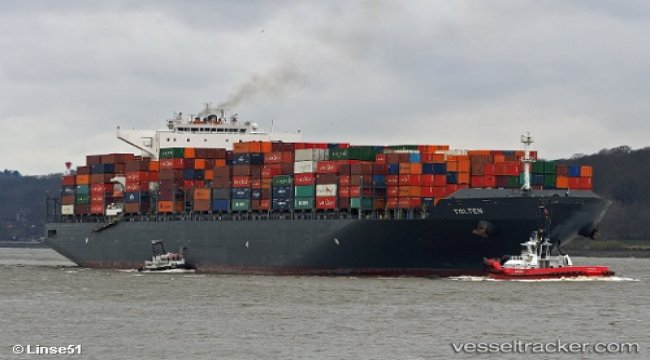 At least 10 containers of the 'Tolten' were retrieved by March 21 as Karachi Port Trust (KPT) authorities continued the operation to recover the containers that fell into the sea after the collision with the 'Hamburg Bay' near the South Asia Port Terminal Limited (SAPT) berth. While the 'Tolten' remained docked at the Karachi Port, the 'Hamburg Bay' departed after receiving channel clearance. The authorities are facing difficulties in retrieving three containers that have deeply sunken into the sea. On March 20 the divers had tied ropes around 12 containers which were to be taken out with the help of a crane on March 21. The recovery operation was likely to span over a period of two to three days, following which the SAPT will open for traffic. Operations at the SAPT, which were suspended after the accident, have resumed after the removal of containers from the sea.

Ferry out of service again