Singapore: Asian container trades are set for a giant shake up with news out today that the world’s top two lines have signed a 10-year vessel sharing agreement (VSA). 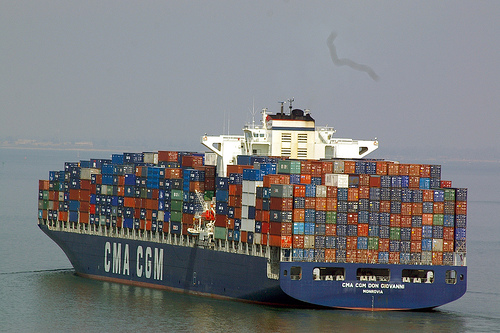 As Maersk and MSC join forces, CMA CGM looks for partners
Singapore: Asian container trades are set for a giant shake up with news out today that the world’s top two lines have signed a 10-year vessel sharing agreement (VSA).
Following China’s refusal to sanction the P3 alliance between Maersk, MSC and CMA CGM last month, Maersk and MSC have ditched the French containerline and formed a VSA instead.The VSA is for all Asia-Europe, Transatlantic and Transpacific trades. The VSA will be referred to as 2M.
It replaces all existing VSAs and slot purchase agreements that Maersk and MSC have in these trades.The VSA will include 185 vessels with an estimated capacity of 2.1m teu, deployed on 21 strings, 16 of which involve Asia.In a release, Maersk stressed: “The 2M VSA differs from the earlier proposed P3 alliance in two important ways: first of all, the combined market share is much smaller.
Secondly the cooperation is a pure VSA. There will be no jointly owned independent entity with executional powers.” For CMA CGM, the news is a bitter blow, leaving it stranded in a container world where major players are increasingly signing up to alliances. Speculation in China suggests CMA CGM will now try and hold talks with China Shipping and Middle Eastern line, UASC, about forming some kind of partnership.
China Shipping and UASC have become close partners, neither having been signed up to an alliance, despite wooing from the CKYH group, and like CMA CGM, they have a number of giant boxships on order.