In a bid to promote ocean health and sustainability, and encourage stronger female representation in Australian sailing, the first all-female professional crew to enter the Rolex Sydney Hobart Yacht Race has announced its campaign to win the coveted Tattersall Cup in Hobart. 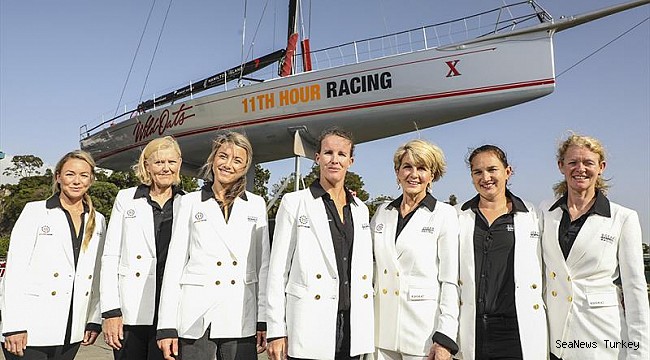 In a bid to promote ocean health and sustainability, and encourage stronger female representation in Australian sailing, the first all-female professional crew to enter the Rolex Sydney Hobart Yacht Race has announced its campaign to win the coveted Tattersall Cup in Hobart.

The 13-women-strong crew, led by Skipper Stacey Jackson, will race under the team name Ocean Respect Racing, 11th Hour Racing, and in support of Clean Seas. The team, which includes Dee Caffari, the skipper of the Turn the Tide on Plastic yacht that competed in the last edition of the Volvo Ocean Race, hopes to inspire fellow competitors, event organizers, and supporters to protect the ocean.

Stacey Jackson, Skipper and Founder of Ocean Respect Racing noted: “Sailing with a fully professional, all-female crew to Hobart is a wonderful opportunity and we are proud to build on the work of non-professional female crews who have previously raced. We are excited to promote and encourage women in the sport and engage with the Australian public on ocean health issues that are affecting us daily, both locally and globally. We are working with environmental organizations, as well as local yacht clubs, to further educate ourselves, be proactive in mitigating our impact on the ocean, and inspire our fans and communities to become ocean stewards.”

Working closely with Stacey Jackson as Ambassador for the team is Julie Bishop, former Australian Minister for Foreign Affairs and Australia’s first female Foreign Minister. “I am delighted to be the ambassador for Ocean Respect Racing. This historic initiative will set the benchmark for female participation in sailing in Australia, and Stacey’s team comprises some of the most capable sailors. Importantly, I am looking forward to working closely with the team and UN Environment’s Clean Seas campaign to promote the importance of ocean health and sustainability in Australia. I hope that their sporting endeavors will inspire women and girls around the world,” commented Bishop.

“I am delighted that the Ocean Respect Racing team is committed to the Clean Seas campaign and will be taking our message of turning the tide on plastic to audiences across Australia. I wish this spectacular all woman crew the best of luck!” said Acting Executive Director of UN Environment, Joyce Msuy.

The Sidney Hobart Race kicks off on 26 December.