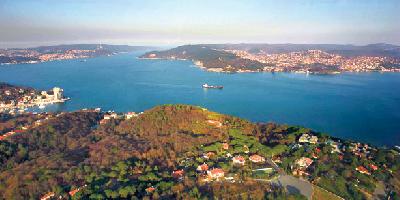 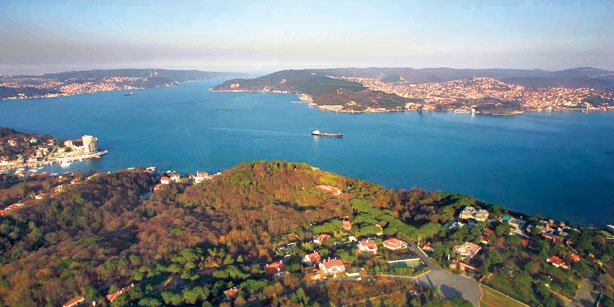 A significant increase in shipping traffic though İstanbul and the Çanakkale straits, coupled with high emission, low quality diesel fuel, poses an environmental threat and increases air pollution, a recent report has revealed.

The report, jointly prepared by İstanbul Technical University and the Turkish Undersecretariat for Maritime Affairs, recommends measures that should be taken to avert a possible environmental disaster stemming from air pollution.

Officials from the undersecretariat told Today’s Zaman the agency is determined to minimize the amount of shipborne air pollution, especially in the Marmara and Bosporus regions. Officials noted that concerted and organized efforts involving both public and private stakeholders are needed to address air pollution in the region.

Alper Ünal, assistant professor from İstanbul Technical University’s Eurasia Institute of Earth Sciences, who participated in the study, told Today’s Zaman that air pollution from shipping traffic passing through İstanbul had increased 10,000-fold in comparison to vehicular pollution. Saying that around 10,000 oil tankers travel the Sea of Marmara each year, he said: “A large oil tanker’s capacity to contaminate the air is as high as that of approximately 40,000 to 45,000 vehicles. A smaller oil tanker’s air contamination is equivalent to that of a few thousand vehicles.”

He said these numbers illustrate how grave the situation is and said everybody should be alarmed. “As the size of vessels increase, their engines are also larger and more powerful, and can contaminate the atmosphere even faster and in greater amounts,” he said. He added that slow moving container ships also release more pollutants in the air because it takes them longer to pass through the narrow straits.

Stressing that ship operators have obligations arising from various agreements through the International Maritime Organization (IMO), the report said Turkey needs to bring its maritime laws and legal framework in line with the European Union. The work for harmonization should be completed in 2011. The EU will also start a corresponding project this year to reach the goal of averting environment disasters stemming from shipborne air pollution

The report emphasized that the low quality of motor fuel has resulted in a higher potential to pollute the air along both sides of straits. “In addition to exhaust gas emissions, the inadequate control of flammable compounds held in ships’ containers and leakages of refrigerant gases from some parts of ships where the cooling systems are located, contribute significantly to air pollution.”

According to the report, the engine systems of the ships should be subject to upgrading within the framework of preventing further shipborne air pollution as required by the International Convention for the Prevention of Pollution From Ships, known as Marpol. Recent changes to Marpol in July 2010 made it obligatory for signatories to lower the amount of sulfur in the fuel for ships and vessels so as ensure a reduction in the amount of sulfur oxide released into the atmosphere.

Convention articles regulating the limit for maximum usage of nitrogen oxides will be further revised and amended with a view to ensure that the exhausts of ships release less emissions into the atmosphere. The incineration of garbage onboard ships and the use of ozone depleting agents are among activities that have been banned in efforts to limit adverse ecological impacts.