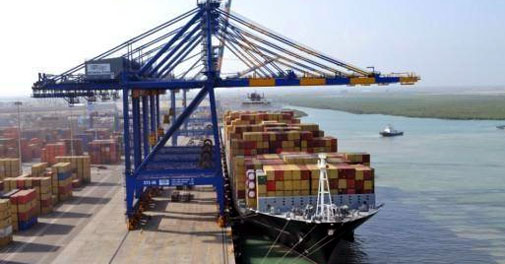 "The company has had another record year," said APSEZ chief executive Sudipta Bhattacharya. "We accelerated our growth and grew our cargo volumes by 28 per cent and net profit by 33 per cent," he said.

"We also completed the Dhamra Port acquisition, commercialised the Tuna Port in record time and signed a 50:50 JV with CMA Terminals to build a brand new container terminal at Mundra," Mr Bhattacharya said.

The 2015 fourth quarter financial results of the private port between Mundra and Mumbai on India's north west coast include the figures for the India north east coast Dhamra Port Company, which APSEZ acquired last June.

Consolidated cargo across all ports handled by the company was 144 million tonnes in FY15, an increase of 28 per cent year on year, a company statement said.

"We have created additional future pathways for growth for our APSEZ business and as the opportunities in Indian port sector rapidly multiply in the days to come we believe we are well positioned to capture the growth and capitalise on our model of integrated business," the statement said.

Mundra port registered a 10 per cent growth in FY15 compared with five per cent aggregate cargo growth at all major ports.

Mundra port handled posted a 14 per cent increase in container volume to 2.72 million TEU in FY15. Consolidated cargo came to 36 tonnes in Q4 FY15, an increase of 26 per cent year on year.