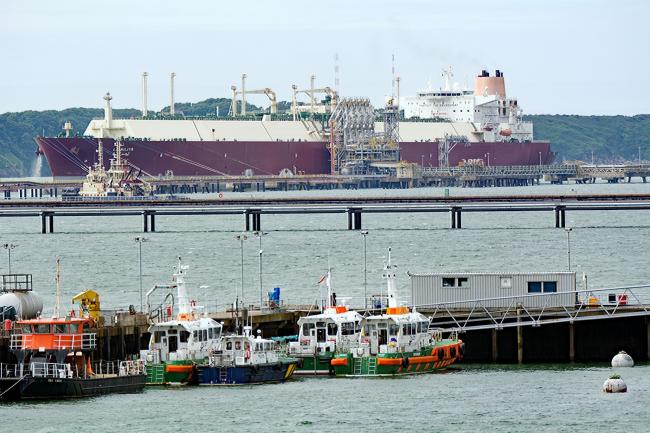 Three Port of Milford Haven Pilot boat crew members received minor injuries during an incident on Sunday...
It happened when the Pilot Boat pulled alongside a ship during what was described as a routine transfer of a pilot.
The incoming ship is understood to be the LNG carrier Lijmiliya.
The Port of Milford Haven said this morning: "We can confirm that in the early hours of Sunday morning (July 10) an incident occurred when one of its pilot vessels made hard contact with another ship during a routine transfer of pilot operation.

"The impact was such that it resulted in three of the five Port of Milford Haven crew members who were on board at the time suffering injuries which were minor in nature but required hospital attention."
All three are now recovering at home.
"The pilot vessel sustained significant damage however there was no pollution resulting from the incident and normal shipping operations have resumed."
The Port of Milford Haven has started an investigation process into the cause of the incident.
A spokesman added: "However our primary concern remains with our staff members and we wish them a speedy recovery."
Angle All Weather Lifeboat was called at 12.36am and arrived at the Milford Haven Port Authority jetty within seven minutes.
Volunteer RNLI crew members went aboard to provide first aid to the injured crew members before ambulance crews arrived.
The All Weather Lifeboat left the scene at 2.08am.