10 Foreign Ships under Detention in UK Ports During May 2011 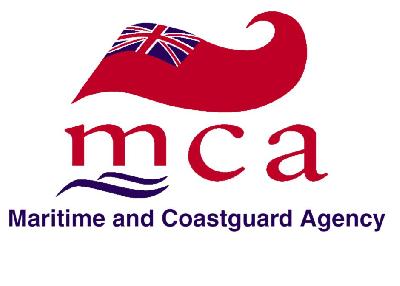 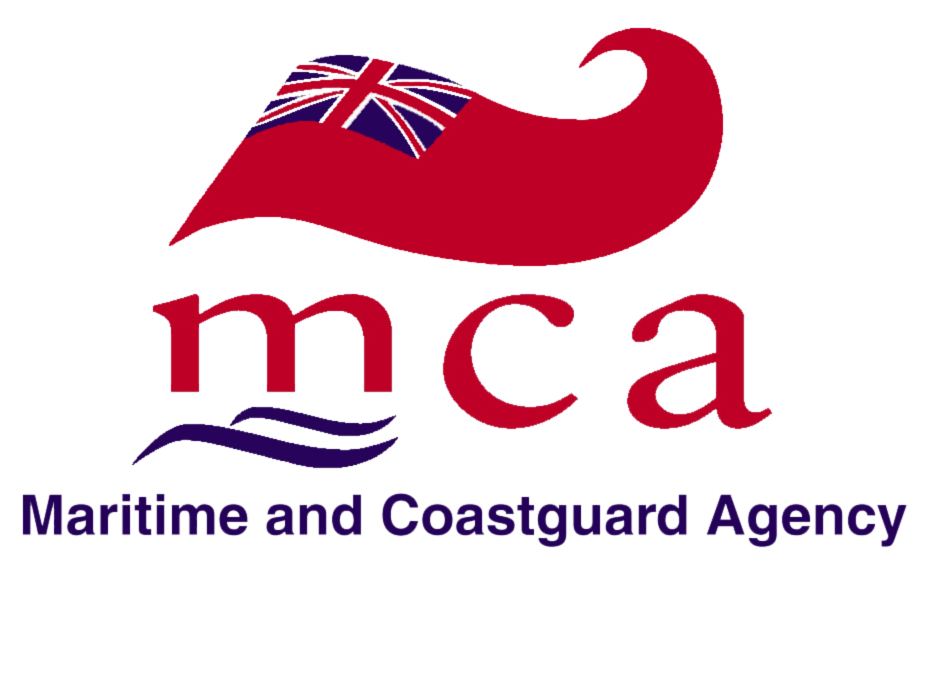 The Maritime & Coastguard Agency (MCA) announced today that 10 foreign flagged ships were under detention in UK ports during May 2011 after failing Port State Control (PSC) inspection.

Latest monthly figures show that there were 6 new detentions of foreign flagged ships in UK ports during May 2011 and 4 vessels remained under detention from previous months. The overall rate of detentions compared with inspections carried out over the last twelve months was 3.29% this is slightly down from Aprils twelve month rate.

1. In response to one of the recommendations of Lord Donaldsons Inquiry into the prevention of pollution from merchant shipping and in compliance with the EU Directive on Port State Control (95/21/EC as amended), the Maritime and Coastguard agency (MCA) publishes full details of the foreign flagged vessels detained in UK ports each month.

2. Inspections of foreign flagged ships in UK ports are undertaken by surveyors from the MCA. Where a ship is found to be deficient or lacks the required documentation, MCA surveyors can take a range of actions leading to detention in serious cases. The UK is part of a regional agreement on port state control known as the Paris Memorandum of Understanding on Port State Control (Paris MOU) and information on all ships that are inspected is held centrally in an electronic database known as Thetis. This allows the ships of flags with poor detention records to be targeted for future inspection.

4. When applicable the list includes those passenger craft prevented from operating under the provisions of the EU Directive on Mandatory Surveys for the safe operation of regular Ro-Ro ferry and high speed passenger craft services (1999/35/EU).
Notes on the list of detentions

• Full details of the ship.

• The accompanying detention list shows ships name, the flag state and the ships International Maritime Organization (IMO) number which is unchanging throughout the ships life and uniquely identifies it.

• The company shown in the vessels Safety Management Certificate or the party otherwise believed to be responsible for the safety of the ship at the time of inspection.

• The list shows the Classification Society responsible for classing the ship and not necessarily the party issuing and/or carrying out surveys for certificates relevant to the defect found.

• The organisation - responsible for conducting the statutory surveys: and issuing statutory certificates, (on behalf of the Flag State).

• The list gives a summary of the main grounds for detention and includes information where the ship has been released to sail to another port for repairs.

Vessels detained in May included

A 59,058Gt Passenger Ship was detained in Southampton with 21 deficiencies and 4 grounds for detention, the draft records had been incorrectly recorded and the vessel had previously sailed with the permitted maximum draft having been exceeded. The crew could not communicate adequately in the English language which hampered the fire and abandon ship drills making the vessel dangerously unsafe.

The vessel was detained in Tyne for 15 days because the diesel driven emergency fire pump was inoperative and there was objective evidence of a serious failure/lack of effectiveness and implementation of the ISM code. Deficiencies identified included: the hard copy of the passage plan did not correspond to charted courses; also there was evidence that the high level engine room bilge alarms had been activated during passage without record of a transfer.
The vessel was released on 18/05/2011 for a single voyage to a repair yard in Hamburg.

The vessel was detained in Shoreham for 6 days because the starboard lifeboat davit was found unsafe for operation as the forward sheave plates were holed and doubled as repairs. Other deficiencies identified included: the fixed CO² system cylinders were overdue their hydraulic test; the main engine and auxiliary engine were missing insulation to the exhaust manifolds; the forepeak collision valve remote operation was seized and the starboard lifeboat was not fit for purpose as the forward sheave were plates holed and doubled. ISM deficiencies were identified in respect of various deficiencies that had previously been reported to the office by the master on numerous occasions, namely the port bucket torque converter deficiency which was still open from November 2010 and some of the above deficiencies still needed addressing.
The vessel was released from detention on 11/05/2011

The vessel was detained in Tyne for 8 days because the number and nature of the deficiencies indicated a serious failure or lack of implementation of the ISM code. The deficiencies identified included: the boiler water circulating pump seal was leaking; the M/E cylinder oil tank air pipe was corroded through; the No 2 air conditioning cooling water pump casing was corroded through and had a temporary repair; the boiler water circulating pump seal was leaking and the Co2 and fan room bulkhead was badly wasted over approx 8m in length.
The vessel was released from detention on 18/05/2011

The vessel was detained in Sheerness for 8 days because the engine room fire damper doors were inoperable; the bridge roof was heavily corroded and holed; the bulkhead below the fire flap doors was heavily corroded and holed; there was no fresh food or vegetables on board. The number and nature of the deficiencies raised indicated a major failure in the implementation of the on board ISM system. Other deficiencies identified included: the gangway was not secured; ILO signs were missing from various locations; the decking outside the galley was lifting; the records of rest for the chief engineer were incorrect during April 2011. In addition a deficiency from the previous inspection of 15/03/2011 had not been rectified.
The vessel was released on 24/05/2011

The vessel was detained in Liverpool for 2 days because the fire drill was inadequate and several new crew members had not been fully briefed also there was an incorrect use of essential equipment during the witnessed drill and the emergency preparedness was not to the required standard. In addition there was an unauthorised temporary repair with plastic steel on the keel of the starboard lifeboat; there was no id check on boarding; the fish room storage was unhygienic; the galley ducting was greasy; some lagging on the main engine and auxiliary engine was missing in places and the high sulphur service tank switch closing valve was inoperative.
The vessel was released on 18/05/2011

The vessel was detained in Southampton for 3 days because, the draft records had been incorrectly recorded and the vessel had previously sailed with the maximum permitted draft having been exceeded; abandon ship drills could not be demonstrated satisfactorily, the teams showed a lack of knowledge and had a poor command of the English language which made communication difficult; the fire drill showed a lack of control and lack of co ordination between the various teams; making the ship dangerously unsafe and hazardous to health and safety. Other deficiencies identified included: the passage plan lacked information; the records of rest were incorrectly recorded; the fire detection system had faults that had been previously reported but not repaired; one emergency escape door was partly blocked by stores; the drain for the separator was blocked with oily rags and the masters medical certificate had expired.
The vessel was released from detention on 27/05/2011
DETENTIONS CARRIED OVER FROM PREVIOUS MONTHS

The vessel was detained in Tyne for 33 days because the main deck was corroded through in way of the saveall port side, between hatches 1 and 2 also Nos 2 and 3 cargo hold vents were corroded through and repaired with tape; port and starboard chain lockers had been temporarily repaired with doublers; breathing apparatus bottles had not been charged; some lifejackets were holed and damaged; the emergency generator did not automatically connect with the emergency switchboard to supply power; the number and nature of the deficiencies were objective evidence of a serious failure of the implementation of the ISM code.
Other deficiencies identified included: the main deck extinguisher had nil pressure; the fire main had a leak from the weld at No 3 hatch; some toilets were locked and could not be accessed and the vent for the pump room was corroded.
The vessel was released on 21/05/2011

The vessel was detained in Lowestoft because the main fire pump was inoperative and there was no alternative fire pump outside the machinery space. There were insufficient liferafts, the sanitary water system was inoperative and there was no fresh running water to the galley, pantry and shower room. There were no nautical publications and charts were incomplete for the operational area.
Other deficiencies found were insufficient provisions for the intended voyage and medicines were out of date. In addition the following items were found to be missing:
distress flares; line throwing appliances; lifebuoys; life jackets with lights; immersion suits; satellite EPIRB (Emergency Positioning Indicating Radio Beacon); fire extinguishers and the fire hose nozzle.
The vessel was still detained at 31/05/2011

The vessel was detained in Birkenhead because the engine room was very dirty, there were fuel oil leaks and a major non conformity was identified with respect to the lack of maintenance of the ship and equipment.
Other deficiencies identified included: the crew/officers records of rest were not signed; the crew accommodation was no longer provided with steam heating; the
galley needed cleaning; there was insufficient fruit and vegetables on board; the crew showers and toilets were dirty and the shower curtains missing and the laundry washing facilities were inadequate. In addition the lifejacket lights were out of date; the aft deck was slippery underneath the deck generator and several fire doors were tied open.
The vessel was still detained at 31/05/2011