Zortürk to be sent for scrap

A minority ethnic group has denied that its members perished in a recent boat disaster off Myanmar despite evidence to the contrary, raising the suggestion that one Muslim group may be posing as another to gain humanitarian aid. 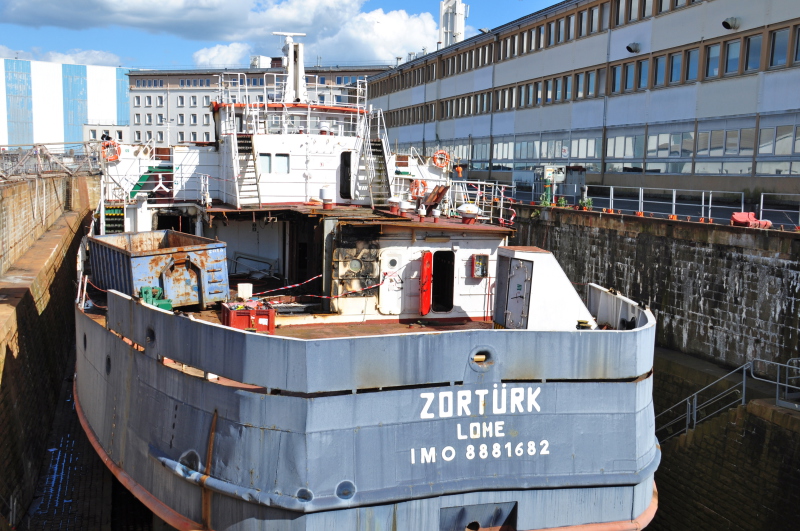 Zortürk to be sent for scrap
Seven years after the arrival in the port of Saint-Nazaire, the "Aspet", which later became the "Zortürk", is finally being demolished. The bulker had suffered water ingress in July 2009 while en route from Hull to Lisbon and was diverted to the Loire port to shelter.
The ship has never left since. It always had a registered owner, a longtime core crew and was even bought by a Turkish owner. Reclamation work has even been undertaken by its new owner.
But the ship was found unfit to sail to sea by the Commercial Court of Saint-Nazaire and it was only in 2014 that a Memorandum of Understanding was signed between the port and the owner.
With the Prefecture in September 2014 authorizing the dismantling of the ship in the dry dock of Saint Nazaire, work started to find a provider for the dismantling of the "Zortürk".
On February 2016, the company Séjourné (Veolia) was selected and started two months later. Actually cutting of the superstructure is underway, followed by the removal of the engine block before proceeding to the hull itself. The work should be completed in July. The dock can then return to its original destination, mainly ship repair and shipbuilding.