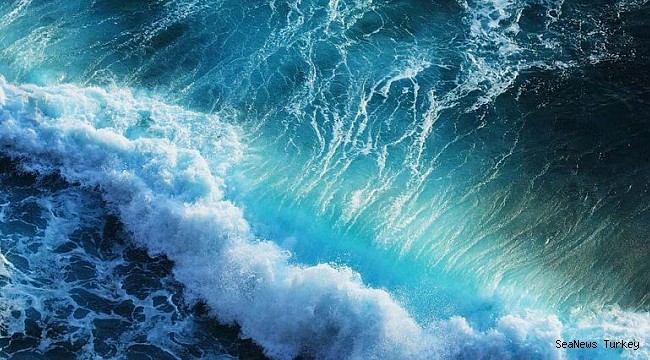 Last week, an event took place for the first time in the 40 years following the Cold War. Three American destroyers, an offshore supply vessel and a Royal Navy frigate conducted a drill in the Barents Sea, Russia’s front yard. American maritime patrol aircraft also participated in the drill. What the Gulf of Mexico for the US, the Barents Sea is for Russia. The American warships that participated in the dril came from the Sixth Fleet stationed in the Mediterranean Sea.

The US Navy continues its provocations

Also last week, American B1 bombers were spotted in the East China Sea and together with the USS Barry conducted freedom of navigation (FON) acts. The presence of the USS George Washington carrier strike group (CSG), which contains over 100 fighter jets, off the coast of Venezuela during April, has drawn quite a lot of attention. The US claimed that this deployment was a part of the war on narcotic trafficking, which resulted in a lot of public mockery. The actual reason for their presence was revealed a few days later, when the Venezuelan government announced they had thwarted a failed coup attempt by a mercenary militia which arrived in the country by sea. Some journalists and reporters have compared the botched revolution to the Bay of Pigs Operations of 1961 in Cuba, sarcastically calling it the “Bay of Piglets.”

On April 22, 2020, US President Trump announced on Twitter that any Iranian patrol vessels harassing or acting hostile in relation to US warships in the Persian Gulf and its vicinity would be engaged. However, no changes in the rules of engagement were discussed. On the other hand, the American WSJ Newspaper announced last week that the United States would withdraw its Patriot missile systems, which were deployed in Saudi Arabia in January. One might argue that this is a punishment for the Saudis for causing the bankruptcy of many petroleum companies in the United States by increasing the market supply and lowering oil prices. 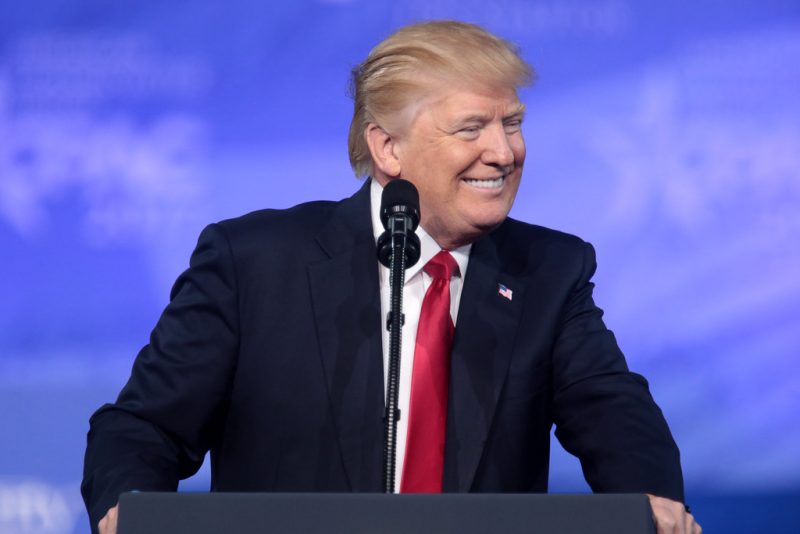 There are many reasons for the United States, which had suffered a serious loss of reputation as a result of the COVID-19 pandemic, to take such provocative actions on different seas of the world, especially in the front yard of Russia, or to use its naval power in an irrational and a ludicrous way. There is no doubt that the world is preparing itself for a new balance of power in the post-pandemic era. The geographical, political, economic and the military effects of this order have already begun to take shape, with cascading effects. Throughout history, transitions between hegemonic structures have not been easy. The hegemons that are pushed to their limits rely increasingly on their military capabilities, and fall into a Thucydides trap when a new hegemon arrives. In the nuclear age, it has become harder to fall into this trap as a result of the obvious devastation that would arise from a full-fledged total war. But that does not necessarily mean that military power will not be involved. In today’s circumstances, we can say that the geopolitical actors will continue to use military power as an element of hybrid war. The war for hegemony will be waged by the proxies, as was the case in Syria and Libya, or that the US will continue to prioritise organizing coups like the one tried in Venezuela.

THE NAVAL ARMAMENT AT FULL SPEED

On the other hand, we can say that the armament efforts of both the continental and the regional naval forces will be greater than other sectors. The main reason for this is the issue of maritime jurisdictions. There has been a significant increase of defense expenditure especially in underwater warfare, mainly submarines and unmanned subsurface vehicles. There is no doubt that if a large-scale armed conflict occurs in the maritime domain, the decisive actions will be taken beneath the sea. For example, Egypt’s purchase of the third Type 209/1400 submarine from Germany last week was an important event for the balance of power in the Mediterranean Sea. If we evaluate this purchase in the context of the American-Jewish Think Tank (JINSA) document, prepared by the neocons in August 2019 under the title of  ‘’Sea Changes: US Challenges and Opportunities in the Eastern Mediterranean”, which points out that the Egyptian Navy has  the potential to clash with the Turkish Navy, then Turkey should keep a close eye on the Egyptian purchase of a this modern submarine in the depths of the Eastern Mediterranean, without falling prey to the ludicrous provocations of the warmongering neocons.

AREAS OF TENSION AFTER COVID-19

In this new era, it is clear that the US-China rivalry will increase in the South and East China Seas, and that the US- Russian rivalry will increase in the North Atlantic, Barents and North Seas, and in the Eastern Mediterranean Sea. While the Russian and Chinese navies continue to grow, expand and add naval weapons such as hypersonic missiles and supercavitating torpedoes to their inventories, it will take some time for the US Navy to prepare, especially while suffering from the coronavirus, a polarized domestic political scene and the bureaucratic chaos of the Trump administration. The period of US decline in the oceans and the seas will continue, eventually ending the hegemony Washingon held for the last 70 years. During this period, its naval presence in the maritime zones of Russia and China will increase. However, when the situation escalates into an armed conflict, the United States will probably step down. On the other hand, the pressures of the military-industrial complex (MIC) and the neocons means that the potential for very serious and dangerous losses still exists. 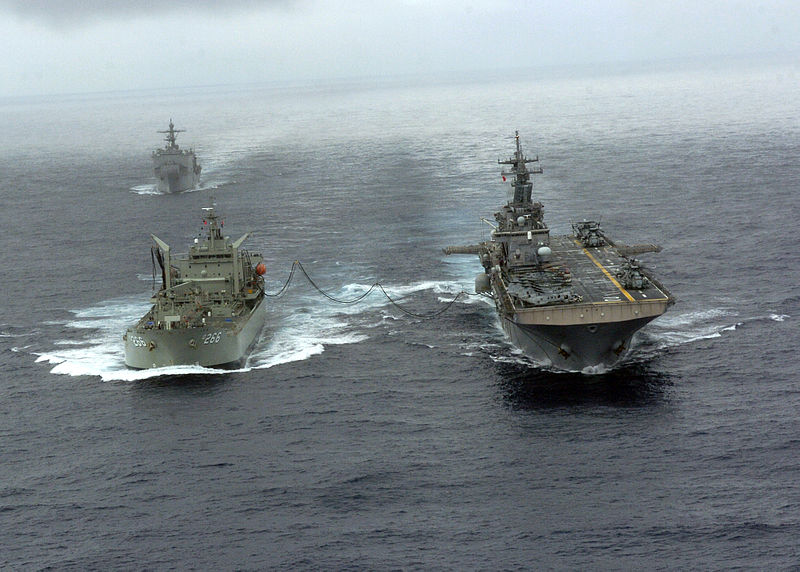 Admiral James Foggo, who is the current commander of the US Naval Forces in Europe, said while serving as the commander of the sixth fleet in the Mediterranean Sea four years ago, that: “The US Navy is dealing with three major challenges of three R’s. The first is Russia, the second is the radicals (ISIS, al-Qaeda, etc.) and the third is the refugees. The Russians are splitting Peninsular Europe with an arc of steel across the Eastern Mediterranean, Baltic and Arctic Seas. In the Atlantic, the US is preparing for a fourth Atlantic War.” When General Tod Wolters, the current Commander of both the US European Command (EUCOM)/NATO’s Supreme Allied Commander Europe (SACEUR), was asked in a US Senate hearing to make clear what role US nuclear forces play in Europe, specifically what he thought of the no nuclear first strike policy, the General replied: “I am a supporter of a flexible first-use policy.” An American Commander in charge of the European/North American Commands of NATO, the world’s largest military power with 29 members (including Turkey) is saying that a nuclear first strike option is on the table. I hope that all nations with such destructive power that they could feasibly annihilate humanity and nature at will can learn from the last months of the pandemic, and avoid falling victim to their own geopolitical egoism by taking drastic, adventuristic actions – especially when it comes to nuclear weapons. Because if that line is crossed, we will all miss the days when a pandemic was all we had to worry about.

Cem Gürdeniz
Admiral Cem Gürdeniz graduated from Turkish Naval Academy in 1979. As a deck officer, he served in different in destroyers and frigates. He assumed the Command of guided missile frigate TCG Gaziantep and the Third Destroyer Division. He completed his education in Turkish Naval War College and Armed Forces College. He holds two masters degrees from US Naval Postgraduate School and Université Libre Brussels (ULB) in personnel management and international politics respectively. He was promoted to the rank of Rear Admiral (lower half) in 2004 and upper half in 2008. He served as the Chief, Strategy and Agreements Department and then the Head of Plans and Policy Division in Turkish Naval Forces Headquarters. As his combat duties, he has served as the commander of Amphibious Ships Group and Mine Fleet. He retired in 2012 as a result of the Sledgehammer Bogus Case. He is the founder and Director of the Istanbul Koc University Maritime Forum. In addition to his native Turkish, he is fluent in English and French. Admiral GUrdeniz is the writer of numerous publications in multiple languages languages including ‘Bluehomeland Writings.’ He is a columnist at Aydınlık Daily and Yacht Magazine.

us navy the us navy battle ships china pandemic