Home PIRACY Venezuelan pirates - the new scourge of the Caribbean

As Venezuela's economy collapses, a tide of lawlessness is spreading to the nearby island of Trinidad. Its fishermen now live in fear of Venezuelan pirates, discovers Colin Freeman, while Venezuelan smugglers exchange drugs and guns for basic necessities. 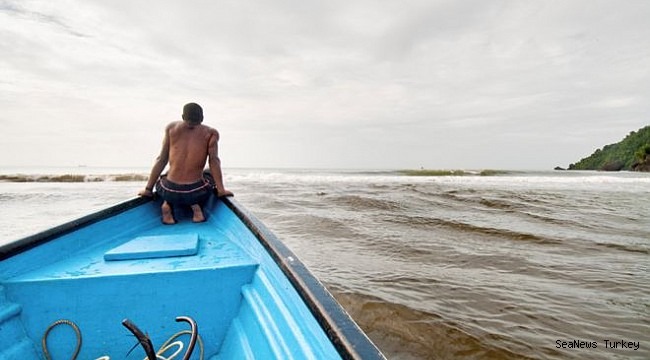 30 January 2019 - 10:28
As Venezuela's economy collapses, a tide of lawlessness is spreading to the nearby island of Trinidad. Its fishermen now live in fear of Venezuelan pirates, discovers Colin Freeman, while Venezuelan smugglers exchange drugs and guns for basic necessities.
If your idea of a tropical paradise is based on what you've seen in tourist brochures, the coastline of south-west Trinidad will not disappoint. Golden beaches and coconut groves? Tick. Sleepy villages, full of fishermen snoozing under palm trees? Tick. A relaxed, laid-back vibe? Hmm. Actually, no.
Take a closer look in villages like Fullarton, and you'll notice a few things seem out of place. For one, why have so many of the fishermen got 200 horsepower engines on their boats, when 75 is more than enough? And why, when they go out fishing at night, do none of them put lights on any more?

The answer, as fisherman Gerry Padarath explains from his beachside hammock, is pirates.
"We're all scared of them now," he tells me. "There's been about 50 fishermen in the village who've had run-ins with them, either being robbed or kidnapped. Our only chance is to fish in the dark, so they don't see us, or buy bigger engines so we can outrun them."
Hang on... Pirates? In the Caribbean? That was 300 years ago, wasn't it? Back when men like Blackbeard and Calico Jack sailed these waters. So far, the only pirate I'd seen in Trinidad was a picture of Captain Henry Morgan. And he was on a bottle of rum.

Gerry Padarath: 'We're all scared'
Gerry Padarath knows differently. He gestures out to sea, where across a stretch of mud-brown water another coastline can be seen. It's mainland Venezuela - which, at its closest point, lies just 20km (12 miles) from Trinidad.
In happier times, ferries used to bring groups of Venezuelan tourists to party in Trinidad. Today, though, as Venezuela slides further into all-out economic collapse, its impoverished coastal ports have become modern Hispaniolas - havens for buccaneers.

Most of the pirates are ex-fishermen, who used to make a good living catching tuna, octopus and shrimp in the Caribbean's warm waters. But under Venezuela's former president, Hugo Chavez, the fishing industry underwent a well-intentioned but disastrous nationalisation programme, prompting companies to relocate abroad.
With the added blow of hyperinflation, many of the fishermen now have no job and no way to feed their families. They do however have access to boats and to guns, which are in ready supply on Venezuela's increasingly lawless streets.
Candy Edwards was kidnapped and held to ransom
It's sadly reminiscent of the piracy crisis in Somalia a decade ago, where jobless fishermen took up arms to prey on passing ships. But while the Somali pirates targeted wealthy cargo ships, the Venezuelans tend to go for fellow fishermen from Trinidad, who aren't much richer than they are.
One such victim was Candy Edwards, who I met in the village of Icacos, where long wooden fishing pirogues are lined up on the beach. He was out fishing with two friends when a boatload of men waving machine guns waylaid them.
"They jumped on board and tied us up," he told me. "Then they took us off to Venezuela and held us in a cage in some woods. They demanded a $35,000 ransom to release us. The community here in Icacos had a whip round and we were freed after seven days. But I was so scared I didn't go back to sea for a year."
Via Google Translate, a refugee explains that essential goods in Venezuela are now costly

You can hear stories like this these days all along Trinidad's south-western coast. But it isn't just the kidnappings and robberies that have got people worried. The pirates are also big smugglers, bringing cocaine and guns into Trinidad which fuel the island's own vicious and increasingly deadly gang wars. On the return run, they bring boatloads of nappies, rice, cooking oil and other basics, all now in desperately short supply in Venezuela.
True, the gang problem has been going on for nearly two decades, and unless you stray into the slums of the capital, Port of Spain, you're unlikely to see it. But the more Trinidad is engulfed in the tide of lawlessness drifting out from Venezuela, the worse it's likely to get.

Venezuela once had its own flourishing fishing industry - seen here, the island of Toas, near Maracaibo, 1950
Presentational white space
Then again, not all the Trinidadian fishermen are entirely innocent victims. Nosing around, my local fixer and I were met with distinctly nervous looks when we asked about one pirate kidnapping, which had happened just days earlier.
"Can't talk to you about that right now, too many people watching," one woman hissed at me. Later on, by phone, she explained.
"That kidnapping was all about drug money that someone here owed the cartels," she said. "The drug problem is getting worse and worse here - the moment you left, a drug boat came in."
I can't say I was sad to have missed that particular scoop. Enough people in Fullarton had mistaken me for a cop as it was. But it did explain that sense of nervous tension. And it did get me wondering about all those new 200 horsepower engines. Were they really all just for running away from pirates? Or might they have other uses too?
Read the full story at BBC NEWS
https://www.bbc.com/news/stories-47003108 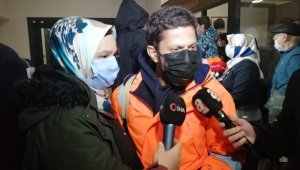 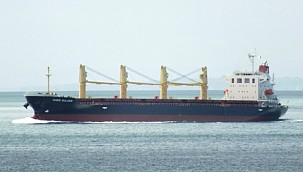 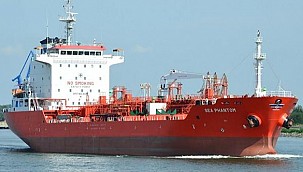 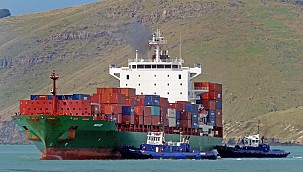 Vanterm crane collapses on 7,024-TEU Ever Summit in Vancouver