US truck driver hiring came to a halt in December 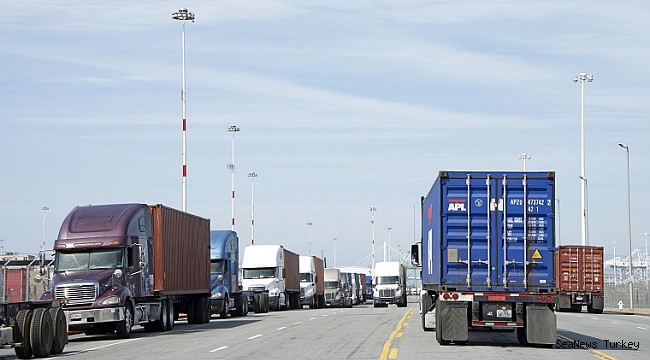 TRUCKING jobs in the US in December decreased after seven months of employment growth in for-hire trucking as unadjusted payroll numbers fell despite strong reported freight demand.

The decline in trucking jobs came as the US shed 140,000 jobs in December, after seasonal adjustment to job numbers, as the nation struggled to contain a widespread resurgence of Covid-19.

Unadjusted, the job losses totalled 328,000, according to US Labour Department data.

For-hire trucking companies lost approximately 2,500 jobs in December, despite strong freight demand and a year-over-year shortage of drivers, according to non-seasonally adjusted employment numbers released by the US Bureau of Labour Statistics (BLS). The shortfall highlights the transportation capacity challenge US shippers face in early 2021.

The relatively small number of trucking jobs lost compared with the same month in previous years - for-hire trucking lost 14,500 jobs in December 2019, and 5,200 jobs in December 2018 - also points to the underlying strength of the freight market in a year that saw e-commerce and ocean freight dominate US inland transportation channels. Imports continued to pour into the US in December, elevating demand for drayage as well as over-the-road drivers.

That's another sign that the US trucking peak season, which used to taper off after November, is getting longer, reports IHS Media.