THE US waste industry has been up in arms since China cracked down on imports of several categories of scrap goods, disrupting recycling markets across the US as exporters scramble to secure new markets for their products 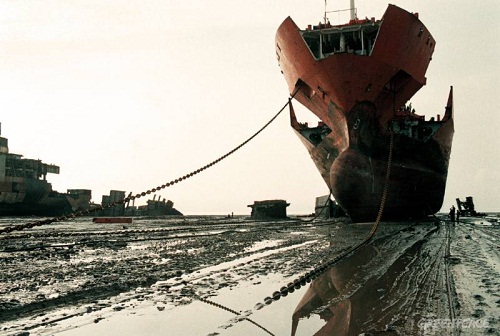 THE US waste industry has been up in arms since China cracked down on imports of several categories of scrap goods, disrupting recycling markets across the US as exporters scramble to secure new markets for their products.

The situation was further aggravated on May 4 when China decertified the primary group able to pre-certify scrap imports for a month, leading to a de facto halt in exports.

Now, the effects are spreading beyond waste exporters and recyclers to the supply chain stakeholders that service them. Ports and ocean carriers have seen a remarkable drop in volumes in the first quarter of this year, as scrap goods are diverted to other destinations in Asia, according to data obtained by Washington DC's Supply Chain Dive.

Thirty-two categories of scrap products are in the crosshairs, as China vows to control the types of waste it accepts by the end of 2019.

Already, the US ports closest to China are feeling the effects, as shippers send would-be scrap cargo to landfills instead of abroad.

'The more stringent standard was about reducing contamination, which has been difficult for recyclers to meet,' Northwest Seaport Alliance communications director Tara Mattina told Supply Chain Dive in an e-mail. 'That has resulted in reduced wastepaper exports through our gateway.'

The Alliance, which represents the Port of Seattle and the Port of Tacoma, among others in Washington, saw a 29 per cent year-on-year decline in wastepaper exports in January 2018.

Resource Recycling broke down how various polymer exports were affected by the policy at the Port of Los Angeles in a recent report. When compared to January 2017, this year five categories of polymers saw an 80 per cent drop in exports to China and Hong Kong.

US exporters are actively looking for new markets willing to buy their scrap. Many have found new clients in countries near to China, but the new markets have not been able to keep up in terms of volume imported.

'BCOs are working with markets in Southeast Asia and India but that's not making up the difference,' said Port of Long Beach spokesman.

'We have heard estimates of around 25-30 per cent volume decrease of total wastepaper and plastic scrap exports,' he said.

At the Northwest Seaport Alliance, China accounted for 83 per cent of wastepaper and paperboard exports in 2016 and 73 per cent in 2017, 'by far our largest export market' in the category, said Ms Mattina.

'That percentage has dropped to 45 per cent of wastepaper export volume through March 2018.'

During the same timeframe India's share of wastepaper/paperboard exports grew from 1.7 per cent to 21 per cent, while Indonesia's share rose from four per cent to 13 per cent.