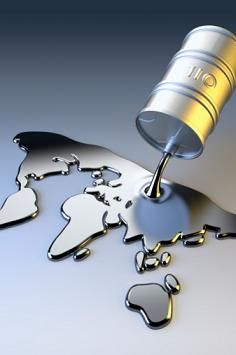 "Without a very high crude price, in excess of US$85 perhaps even higher, drilling will have to be curtailed and production will fall and all the giddy claims will be exposed," she said in her blog Energy Policy Forum.

While the International Energy Agency [IEA] in Paris stated the $85 break even figure, she said other market analysts put it at more than $110.

"Juxtapose this with the cost of a barrel of Saudi crude which is estimated to cost about $10-$25, she said.

"To protect market share, the Saudis have decided to keep producing at current levels. They still make a good profit whereas the US producers cannot break even with crude below an average of $80 per barrel, said Ms Lawrence Rogers.

There were other problems too. "What they neglected to brag about are the underlying fundamentals of this shale revolution: the junk debt, the deteriorating financials, the rapid depletion of wells and the difficulty of raising capital as large sophisticated investors quietly exit the back door," she said.

"Based on historical production filed with regulatory entities, both the Bakken and Eagle Ford per well production peaked in mid-June 2010.

"Although the number of wells has grown significantly, operators have not been able to raise well production," she said.

After a career in investment banking with Merrill Lynch and Smith Barney, Ms Lawrence, a renewable energy partisan, opened Deborah's Farmstead near Fort Worth, Texas where she made goat cheese for which she has won several national awards.

Ms. Lawrence Rogers has also been appointed as a primary member to the US Extractive Industries Transparency Initiative (USEITI), an advisory committee within the US Department of Interior in 2013 for a three-year term.

She also served on the Advisory Council for the Federal Reserve Bank of Dallas from 2008-2011. hk truck emissions