One of the most unique cargo ships set sail this week from France. 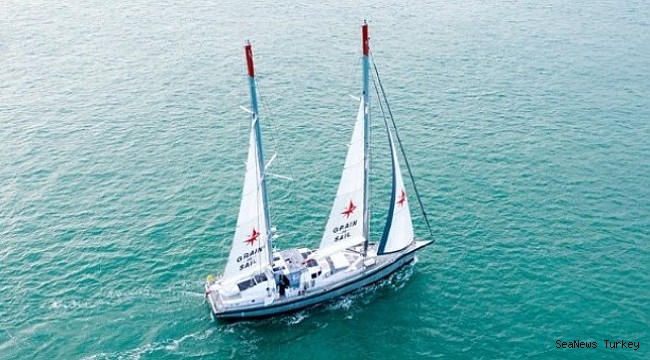 Called Grain de Sail, the company is combining the production and sale of chocolates with the operation of an ecological cargo ship, primarily driven by sail power.

The 72-foot long aluminum hull cargo ship set sail on November 18 from St Malmo on the Brittany Coast of France bound for New York. Using a schooner-type rigging and with a crew of four, the vessel has a capacity of up to 50 tons of cargo.  They can load 28 pallets into the refrigerated hold cooled with green energy.

Loaded on board for this first sailing the sailing ship is 14,000 bottles of French organic wine. The wine will be delivered to a distributor in New York and the plan was for it to be sold to American restaurants.  After off-loading the wine in the United States, they will sail to South America where they will load cocoa and coffee for the return voyage to France. 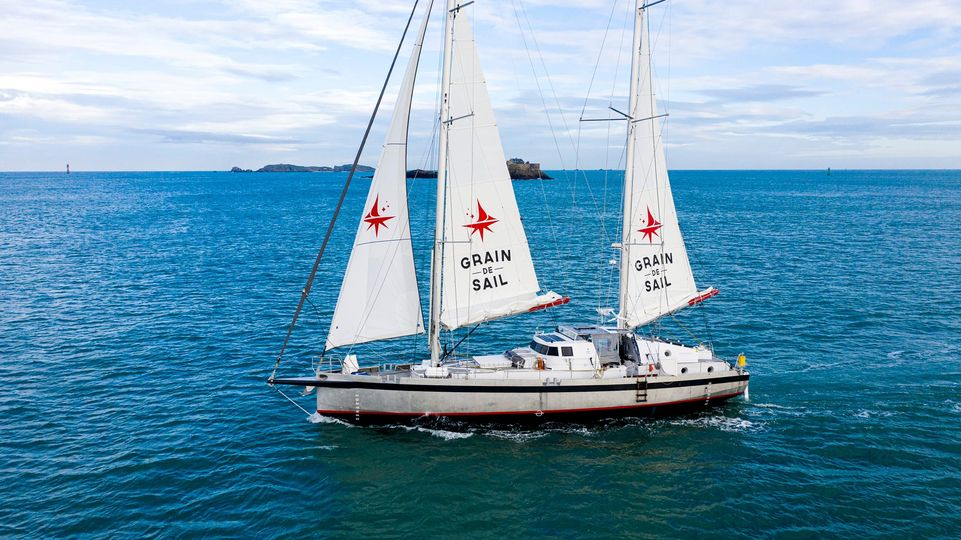 The project dates back 10 years when they came up with the business plan to produce coffees and chocolates whose raw materials are transported by a transatlantic cargo ship. According to the founders they wanted it to be synonymous with maritime adventure and incorporate respect for the environment.

In 2011, using a 36-foot sailboat they transported more than a ton of green coffee to France.  Five years later they expanded to the chocolates and using an old sailing rig transported coffee from the US and cocoa from the Dominican Republic. Now, having completed the construction of their sailing ship, Grain de Sail plans to make four crossings of the Atlantic each year. The vessel will never leave France empty, transporting French products to the United States before loading its cargos of cocoa and coffee.

In addition to fulfilling their environmentally-friendly mission, the vessel is fitted with technology, including wind turbines and photovoltaic panels.