GENEVA — A UN probe said Wednesday there was "clear evidence to support prosecutions" against Israel for "wilful killing" and torture committed when its troops stormed a Gaza-bound aid flotilla in May. 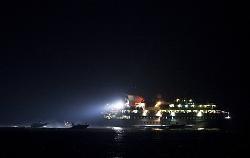 GENEVA — A UN probe said Wednesday there was "clear evidence to support prosecutions" against Israel for "wilful killing" and torture committed when its troops stormed a Gaza-bound aid flotilla in May.

In a scathing report, it also threw out Israel's argument that activists on the aid ship were violent thereby justifying the decision by Israeli soldiers to open fire, adding that some were the victim of actions "consistent with...summary execution." 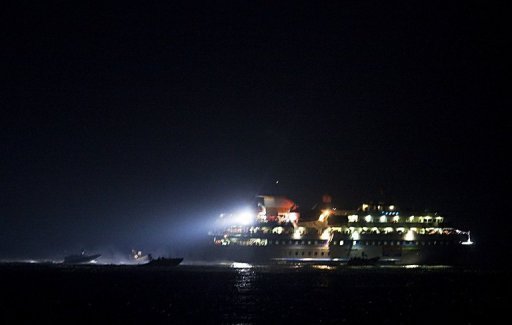 There was "clear evidence to support prosecutions" of crimes against international humanitarian law including "wilful killing; torture or inhuman treatment; and wilfully causing great suffering or serious injury to body or health," it said.

Israel's foreign ministry spokesman could not be reached on Wednesday night, the start of the Sukkot Jewish holiday.

But from the outset, Israeli officials have rejected the inquiry mandated by the Human Rights Council as biased but is backing another, separate probe set up by UN Secretary General Ban Ki-moon on the incident which left nine Turkish activists dead.

Israel has insisted that it acted in line with international law, arguing that it had the right to retaliate against ships attempting to breach its blockade of the impoverished Gaza Strip.

However, the probe said Israel's enforcement of a blockade was itself unlawful, since Gaza was suffering from a humanitarian crisis on the day of the deadly raid.

"For this reason alone, the blockade is unlawful and cannot be sustained in law. This is so regardless of the grounds on which it is sought to justify the legality of the blockade," said the report of the inquiry, which is due to be presented to the rights council on Monday.

Rejecting Israel's justification of its soldiers' decision to open fire, it said it found that even those who did not attempt to stop Israeli soldiers from boarding the aid ships "received injuries, including fatal injuries."

"It is apparent that no effort was made to minimise injuries at certain states of the operation and that the use of live fire was done in an extensive and arbitrary manner," said the inquiry.

"The circumstances of the killing of at least six of the passengers were in a manner consistent with an extra-legal, arbitrary and summary execution," it added.

"The conduct of the Israeli military and other personnel towards the flotilla passengers was not only disproportionate to the occasion but demonstrated levels of totally unnecessary and incredible violence," said the probe.

The fact-finding mission, chaired by Karl Hudson-Phillips, former judge of the International Criminal Court in The Hague, had travelled to Turkey, Jordan and Britain to interview witnesses and officials for the probe.

Desmond de Silva, former chief prosecutor of the Sierra Leone War Crimes Tribunal, and Shanthi Dairiam, as Malaysian human rights expert, are the other members of the panel.