Just two and a half years after receiving its commissioning cargo from Qatar, the South Hook Liquefied Natural Gas (LNG) Terminal in Milford Haven, UK has received the 200th ship. 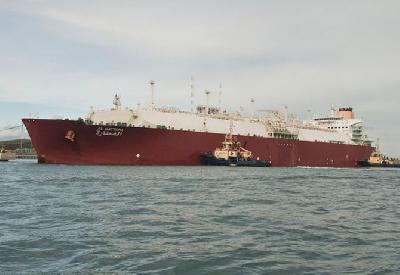 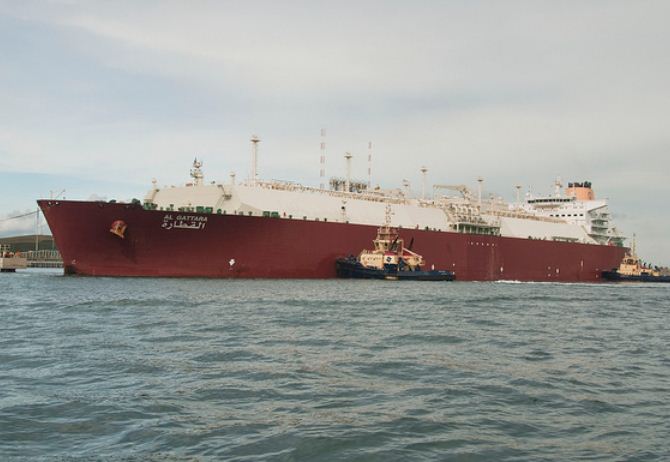 Just two and a half years after receiving its commissioning cargo from Qatar, the South Hook Liquefied Natural Gas (LNG) Terminal in Milford Haven, UK has received the 200th ship.

The cargo of the Q Flex ship ‘Al Gattara’ ’ unloaded last week, take the total amount of LNG safely received at the terminal, to more than 47mn cu m – enough natural gas to supply 20.6mn UK households for a year.

“South Hook LNG has clearly demonstrated its importance during the abnormally cold weather conditions of the last few winter seasons, when output was increased to meet the significant rise in demand for gas across the UK,” a statement said.

During last year alone, South Hook received and re-gasified around 61% of all LNG imported into the UK. This means that the terminal delivered LNG equivalent to around 11.4% of the UK’s natural gas needs during 2010. Al Gattara’s visit to Milford Haven comes almost a year after Qatar celebrated an important milestone of its own – fulfilling the vision of HH the Emir – with the country becoming the world’s largest producer of LNG, with the capacity to provide 77mn tonnes a year.

“The arrival and safe discharge of the 200th ship at South Hook LNG is a major milestone in the fulfillment of Qatar’s vision. As well as demonstrating a commitment to providing the UK with a safe and reliable source of natural gas, it is also recognition of the terminal’s operational standards that consistently meet the demands of the UK market” he said.

South Hook has already provided around 12% of the UK’s natural gas needs since its commissioning in 2009 and the terminal has the ability to increase output further, regasifying around 20% of UK demand.

“The arrival of the 200th cargo is an important milestone for us and our shareholders” said director and general manager, Mohammed al-Naimi. “Al Gattara’s safe discharge not only represents our continued commitment to the highest standards of operational safety, but the important role that South Hook LNG is playing in receiving and regasifying an energy source so valuable to homes and businesses across the UK” he said.