The Foreign Ministry and DP World are organising an international conference to explore ways to safeguard shipping against the growing threat of Somali piracy. 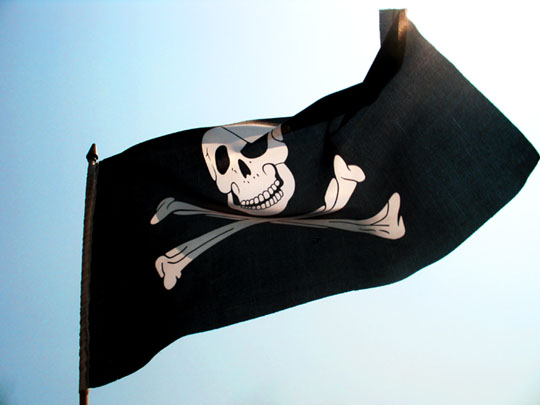 The Foreign Ministry and DP World are organising an international conference to explore ways to safeguard shipping against the growing threat of Somali piracy.

The event, set for April 17 to 19, will bring together foreign dignitaries and industry experts to discuss a "regional response towards a joint approach against maritime piracy", said the state news agency WAM.
Sheikh Abdullah bin Zayed, the Minister of Foreign Affairs, extended the first public invitations this week to his Syrian and Lebanese counterparts.

"Piracy is a growing problem that is having a direct impact on shipping lines and an indirect impact on the supply chain as a whole," said DP World, the third largest ports operator in the world, based in Dubai.

The conference comes as the economic and humanitarian cost of piracy has reached record highs. This year, pirates have seized seven vessels and 148 crew members, for a total of 33 vessels and 758 crew members, according to the International Maritime Bureau.

The number of captive ships and seafarers is at its highest yet, said Nato representative Cdr Stein Olav Hagalid, speaking on the sidelines of a piracy conference earlier this week. Average ransoms now top US$5 million (Dh18.3m) and average captivities last 210 days, he said.

The pirates have spread their reach from the Gulf of Aden into the Arabian Sea and Indian Ocean, a much vaster area for naval forces to patrol. The UAE faces particular risk as a global shipping hub near those waters.
Nine of the vessels held captive belong to UAE firms or had been travelling to or from Emirati ports. Some of the longest-held seafarers, captured since last March, worked on the UAE-owned MV Iceberg I. One of its crewmen, from Yemen, died last October of malnutrition.

Firms based in the UAE, as elsewhere, must pay more to protect or insure their vessels and cargo.

The UAE "has been affected by this phenomenon, especially in the areas of exports and imports and the increase of maritime insurance," said Ahmed al Jarman, the UAE representative to the UN, at a meeting on the issue last November.

Representatives of the naval forces that conduct counterpiracy operations in the region have encouraged nearby nations to do more, even if they have relatively little naval power. "The region itself should take some kind of lead for actions in relation to capacity-building," said Cdr Hagalid.

Several countries worldwide have contributed warships, aircraft, personnel or other assistance to patrol the threatened waters. Most work under one of three joint naval forces led by the EU, Nato and the US. Others, including China, India and Russia, have sent warships that operate independently.

The UAE does not participate directly in any counterpiracy operations. In the US-led Combined Maritime Forces (CMF), it contributes to a task force that patrols the Arabian Gulf, but not a task force that tackles piracy in the waters nearby.

Since 2009, the UAE and its neighbours have considered forming a pan-Arab antipiracy task force, but have not yet done so.

Gulf nations can help in nonmilitary ways, such as altering laws to allow them to prosecute pirates, said US Coast Guard Capt Michael Lodge, the officer-in-charge of the Bahrain-based Maritime Liaison Office, which advises the CMF and shipping firms on piracy.

Many countries, including the UAE, say bringing pirates to justice is an important step, but they do not have the political will or legal basis to do so. Some national laws lack jurisdiction over suspected pirates or require that they be brought to court within a day - a difficult deadline for faraway nations.

Geographically, the Gulf nations were better placed to take on this role, said Captain Lodge.

"If they have a requirement to bring these prisoners before a magistrate in 24 hours, for instance, we could do that here in the UAE," he said. "It would be much more difficult to bring them to France."

Members of the shipping industry have urged Gulf countries in particular to do more since they depend on high volumes of imports and exports.

They had a keen interest in securing the oil trade, said one manager who declined to be named. "They have a lot of financial resources."