There are certain documents in Turkish history that deeply affected the fate of our state, pushing political figures to chart a new course, and opening up new opportunities; these letters were destined to become historical documents, shaping our reality to the present. One of the most important of these is dated April 26, 1920, signed by Mustafa Kemal (Atatürk), and addressed to Vladimir Lenin, the first leader of the fledgling Soviet state. Three days after the opening of the Grand National Assembly in Ankara, Mustafa Kemal, as the Chairman of the Parliament, signed the First Letter of Proposal to the Government in Moscow. This document was the first official foreign policy initiative of Turkish national will, as well as one of the first issues discussed by the Assembly. When the national government (the Board of Executive Deputies) was established on May 4, 1920, the first agenda item of its first meeting on May 5 was the issue of relations with Russia. The letter demands 5 million gold coins, arms, ammunition and supplements from Russia, the Turkish government betting on appeal to their common struggle against imperialism. The reply to the letter arrived with the signature of the Foreign Affairs Commissioner Georgiy Chicherin on June 3, 1920, inaugurating official relations between the two countries.

The letter and the endurance of Anatolia

There are many reasons why this high priority letter was sent only three days after the opening of the Parliament and the meeting of the Cabinet (Board of Executives Deputies), but the most pressing reason was ‘’Survival’’. The same was true of Russia, a country facing its own civil war and foreign occupation. Both states needed each other. Imperialism pressured Ankara both from the West and the East. The imperialist states sent an occupation army of over a hundred thousand to Anatolia. Invasion and persecution were pervasive in every geographic sector. In addition, PM (Sadrazam) Damat Ferit’s police forces, uprisings against the Turkish nationalists, as well as Armenian and Greek gangs were all squeezing Ankara. Even the gathering of the Assembly was possible due to tactical success of irregulars like Çerkez Edhem, who later rebelled and betrayed Mustafa Kemal. There was a Caucasian Wall to the east: the situation was hopeless. In order to fight the assembled forces of the West, Mustafa Kemal was compelled to shatter the Caucasian wall, focusing on the country’s Eastern borders. In a telegram dated February 5, 1920 which was sent to commanders of the army, he wrote: “Considering Caucasian Great Wall as a project to expedite Turkey’s final demise, we must apply every means and afford all dangers to deny it to Allied Forces”.

The US heavily supported Armenia. In April 1920, imperialism was progressing mercilessly. It had long ago already begun the project of forming Greater Armenia. On April 23, 1920, when the Parliament and the national will of people were proclaimed to the entire world, the US declared official recognition of the Armenian government. Armenia was established on May 28, 1918 under the rule of the Tashnag Party. The US had chosen that day for a reason. On April 26, 1920, the day that Mustafa Kemal sent the letter to Lenin, the Supreme Council of Allied Powers met in San Remo / Italy and asked US president Woodrow Wilson to act as a mediator regarding the conflict over Armenia’s borders, which stretched to Erzurum, Trabzon, Van and Bitlis and included access to the Blacksea. Wilson accepted the task on May 17, 1920. Tired and weakened in the aftermath of World War I, European imperialism deferred the responsibility of protecting the Armenians to the US, and Wilson executed the task on November 24, 1920. Provisions of the Treaty of Sèvres, which was signed by the Ottoman regime in Istanbul, were used to justify the implementation.

Details of the memo show that Mustafa Kemal was a strategic genius. Just four years ago, he had fought against the Russian Tsar’s Armies in the recuperation of Muş and Bitlis provinces during World War I, now he was asking Bolshevik Russia for support. In the end, on May 11, fifteen days after the letter to Lenin, the delegation headed by Deputy Foreign Minister Bekir Sami Bey travelled to Moscow, arriving on July 19, 1920. They brought the Meeting Order with seven articles dated May 8, 1336 (1920). There were two copies of this secret memo, one of which remained with the Commander of the Eastern Front (Formerly 15th Corps) Kazım Karabekir according to his memoirs entitled “Our War of Independence-İstiklal Savaşımız”, which would be published in 1960 . The letter and spirit of the directive provides the theory behind the prevailing view towards Turkish-Russian relations, the backbone of which was erected by Mustafa Kemal, Kazım (Karabekir), Ali Fuat (Cebesoy) Pasha, Deputy Foreign Secretary Bekir Sami and the Minister of Economy Yusuf Kemal. In the near future, the views expressed in this document could very well determine the fate of Turkey. Three articles out of the seven are particularly remarkable:

Article 2. ”Turkey’s request is to live fully independently on domestic and foreign fronts within its national borders, and on the condition of fulfillment of this basic request, to establish common fate and future (Unification of Destiny and Future) with Russia.”

Article 4. “The benefit of passage through the Straits will be available to all littoral states of the Black Sea.” “To ensure this, we will not fortify the Bosporus Strait and will defend Çanakkale fortification together with Russia provided that Russian Navy’s anchorage to Istanbul is at our discretion.” “Asking to go above and beyond these conditions would mean that Russian possession of Çanakkale fortification or anchorage of Russian navy in Istanbul at their will, both of which would violate the rule of Turkey’s sovereignty over Istanbul. A good solution is to ensure full freedom of passage through the straits by agreement or to make the issue of defense and control of the straits a common goal for littorals of the Black Sea”.

Karabekir criticized the second article of the memo in his memoir. “The most striking part here is the second article on the issue of fate and future unity with Russia. The missing item, however, is the issue of our eastern borders. The question on unity of fate is very comprehensive and complex. The two deputies in the delegation are also confused. They asked me: ‘Should there be an agreement at all costs with western powers or should we merge with the Bolsheviks? So, frankly should we go under the rule of western states? In other words, are we to subsume under western rule or become Bolsheviks and unite with the Soviet government?’ This means accepting Russian rule. I told them ‘neither one’. The issue has three – not two – options. Either way means loss of our independence, that is, death. The quarrel over whether your death is by a dagger or a gun is pointless…. What to do with the Russians is that, since our enemies are common, we are of course friends and allies. Let us determine our borders and areas for cooperation. By guaranteeing reciprocal assistance, let us continue to work on issues that have already started separately. Our necessities are money, war materials, and supplements. What we can do is influence our fellow coreligionists and remove the Armenian obstacle”. 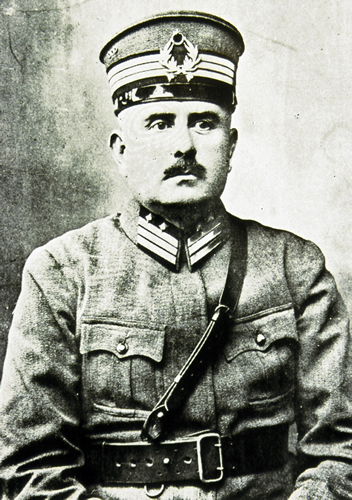 On the other hand, Articles 4 and 6 show how dire the situation was for those hoping to continue the war of independence. Even the possibility of a joint fortification of Çanakkale with the Russians was an aftereffect of the psychological imprint left by the absence of Turkish navy and events of World War I that had ended just a year and a half ago. (Three days after the Armistice of Mudros, on November 3, 1918, minesweeping and dismemberment of all gun fortifications on the banks of Çanakkale Strait began).

Following two meetings, solid foundations were laid in Turkish-Russian relations by 1921, as a result of mutual respect and virtue. Both sides remained loyal to the ‘third route’ that Karabekir proposed. Russia would no longer support the Bolshevik movement in Turkey. Turkey, even at difficult times such as their retreat to the east of Sakarya River, never compromised in its fight against imperialism. On March 16, 1921, the Turkish-Soviet Treaty was signed in Moscow. The date was chosen to coincide with the anniversary of the Şehzadebaşı Massacre and the occupation of Istanbul.

Russia initiated the first sea-bound shipment to Turkish national forces nine months before the signing of the agreement. This was a signal of the two revolutionary leaders’ trust in each other. Shipments carrying nearly 300,000 tons of arms and ammunition from Russia continued until the great assault in 1922. Mustafa Kemal’s cavalry, before whom he spoke the legendary words ‘My eye is on Sakarya, my ear is on Inebolu’, entered Izmir on the morning of September 9, 1922. The war was over. Mustafa Kemal, confident in achieving a great victory, wrote his last letter to Lenin on January 4, 1922: “Pursuant to history loaded with the noise of bloody wars over centuries between Turks and Russians, such a swift and holistic reconciliation of theirs surprised other nations. In this sense, Turkey is much closer to Russia, especially Russia of the last few months, than to Western Europe. Turkey will not backtrack from its policy towards Soviet Russia and all the rumors otherwise on this subject are absolutely mistaken… I assure you in the same way that we will never be involved in any agreement or alliance directly or indirectly against Soviet Russia.”

Lessons for the present

At a time when the Euro-Atlantic system and Washington consensus are growing fractured and the Asian century begins, the post-Covid-19 global order is taking shape. Looking at the bitter and deadly conditions of the time the first letter was sent, initiating the process of the Republic of Turkey’s seemingly impossible struggle for independence exactly 100 years ago, we have many reasons to be hopeful and optimistic. A state’s international friendships are never eternal, but neither are their hostilities. Who would have thought that it would be with the Russians, against which the Ottoman Empire had fought sixteen times, and against which Mustafa Kemal Atatürk had himself in March 1916, that the stones along the path to the foundation of the republic would be laid? History’s creativity often frustrates our limited viewpoints. We should learn from the experiences our country went through 100 years ago, remembering Ataturk’s legacy and his struggle to establish Turkey. His strategic intelligence and geopolitical mindset made pragmatic cooperation with Moscow possible, eventually giving life to a unique national model that we should look to as a guide for our future.