An upcoming Turkish action thriller, Valley of the Wolves-Palestine, tells the story of Polat Alemdar, a fictional secret agent, traveling to Israel to avenge the nine people who were killed by the Israelis during the May 31 raid on a Gaza-bound Turkish aid flotilla. 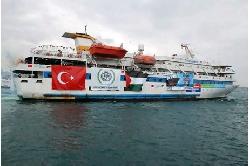 ISTANBUL // The "Wolves" are back, and Turkish-Israeli relations could be headed for yet another crisis. 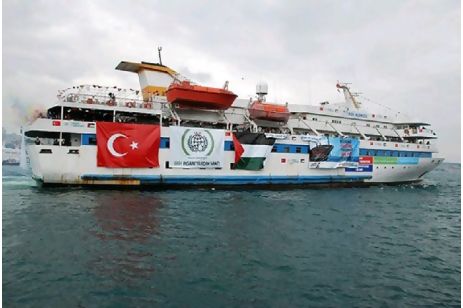 An upcoming Turkish action thriller, Valley of the Wolves-Palestine, tells the story of Polat Alemdar, a fictional secret agent, traveling to Israel to avenge the nine people who were killed by the Israelis during the May 31 raid on a Gaza-bound Turkish aid flotilla. If a trailer posted recently on the internet by the film's production company is any indication, the film is unlikely to go down well there.

One scene shows heavily armed Israeli soldiers dropping from helicopters onto the deck of the Turkish ship "Mavi Marmara", where they start shooting activists to stop them from bringing aid to the people of the sealed-off Gaza Strip. In another scene, Israelis shoot a group of handcuffed men. For good measure, an Israeli official is shown talking about the necessity to "create a Greater Israel" and Polat Alemdar tells an Israeli soldier that he has not entered Israel but Palestine.

Israel's raid on the aid flotilla brought Turkish-Israeli relations, already tense because of the Israeli incursion into Gaza in 2008, close to breaking point. Turkey withdrew its ambassador from Israel and cancelled military exercises with the Jewish state, a long-time partner in the Middle East. Ankara has demanded that Israel apologise for the incident, but Israel says the soldiers on the "Mavi Marmara" used force only after coming under attack from the activists on the ship.

The fictional Alemdar and Valley of the Wolves are the bases for a television and feature-film franchise that has been wildly successful in Turkey, but also very controversial. It has triggered Turkish-Israeli diplomatic rows with its anti-Israeli and anti-American messages. In 2006, an earlier feature film of Valley of the Wolves caused a stir because it showed US troops in Iraq as villains and Israeli doctors as members of an organ-selling mafia.

Last January, after the Wolves television series presented Israeli agents as baby snatchers, the Turkish ambassador to Israel was called in by foreign ministry officials and publicly humiliated. Shortly afterwards, Bahadir Ozdener, the screenwriter for Valley of the Wolves, told the Turkish press that the show would continue to shock Israel. "We will do our utmost to make them even more uncomfortable."

The scenes of Valley of the Wolves-Palestine released by Pana Film, the production company, suggest that Mr Ozdener has kept his word. According to Turkish press reports, the incident on the "Mavi Marmara" led the filmmakers to rewrite the script for the movie they were planning at the time. Parts of the film were shot on the deck of the ship that has been sent back to Turkey by Israel.

Although the release of the new film, scheduled for January 28 next year, is more than two months away, and although there has been no official government reaction from Israel to the trailer, some Turks see first ripples of indignation coming from the Israeli side.

Last week, Sahin Vahap Firat, a Turkish businessman, told Turkish media he was denied entry into Israel. Mr Firat quoted Israeli officials as telling him the reason he was sent back to Turkey was that Mr Ozdener, the screenwriter for Valley of the Wolves was listed among his friends on Facebook, the social networking site.

Mr Ozdener said he was sorry, but not surprised, to hear about the incident. "I am proud to have been part of a film like that," he said in a statement. "Valley of the Wolves-Palestine' will be a turning point," Mr Ozdener wrote. "After this film, no one will remain silent about the humanitarian tragedy in Palestine."

Critics inside and outside Turkey have accused the religiously conservative government of Recep Tayyip Erdogan, the prime minister, of destroying the traditionally close Turkish-Israeli relationship in favour of an approach that is more in line with anti-Israeli policies in Muslim states in the Middle East, a charge Mr Erdogan denies.