Turkey's first active drilling ship 'Fatih', after the completion of preparations in Kocaeli, docked at the port of Antalya. 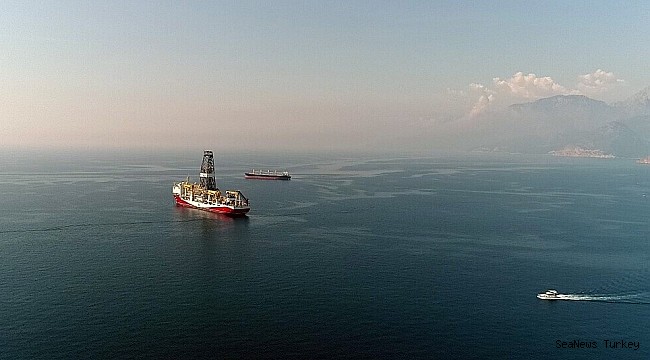 Turkey's first active drilling ship 'Fatih', after the completion of preparations in Kocaeli, docked at the port of Antalya.
About 5 days ago from Izmit Gulf, to the accompaniment of deep drilling activities will be held in the Mediterranean, Turkey's first active drilling ship 'Fatih' was reached to Antalya. Turkey Petroleum Corporation (TPAO) will be used for drilling deep drilling ship in the Mediterranean will make Fatih had reached approximately 6 months before the Gulf of Izmit through the Dardanelles.
Moving from the port of Hoylandsbygda on the southern coast of Norway, preparations were completed for about six months on the giant ship from Kocaeli. The giant ship, anchored to Antalya openings and renamed as 'Deepsea Metro-2', will perform drilling in oil exploration work in the Mediterranean.