TSA: Standby for US$500 transpac rate hikes in December, January 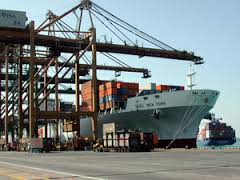 TSA: Standby for US$500 transpac rate hikes in December, January

TRANSPACIFIC container shipping lines see late holiday season shipments in December and the pre-Chinese New Year period in January as times of strength in the Asia-US trade - and a time for big rate hikes.

Regardless of supply-demand conditions, Transpacific Stabilisation Agreement members see December and January rate increases as setting the table for big increases in 2014-15 contracts.

With rates still well below "sustainable" levels, even after achieving partial success with a previous November 15 increase, TSA carriers say it is essential to take advantage of periods of high demand to build a healthier revenue baseline for upcoming contract negotiations.

"The central truth in this market is that every carrier is operating at a loss," said TSA executive administrator Brian Conrad. "Some may achieve net profit from cost cutting, but the revenue line in each case is lower, and that has long-term service implications for customers."

Mr Conrad said it was hard to raise rates in a competitive environment, but pressures from capital markets and parent companies to improve profitability are overtaking supply-demand considerations.

"There is an unrealistic perception that we have a huge capacity gap from Asia to the US and that rates charged in the short term transactional market, should serve as benchmarks in 12-month contracts," Mr Conrad said.

"This thinking devalues the service provided, ignores rising fuel, equipment and operating costs, and has now begun to affect the ability of container lines to access capital markets and even government support for the future," he said.