The shipping recovery that never arrived...

As we approach midyear 2014, shipping’s economics remain stuck in the doldrums will little or no recovery in sight. The surplus capacity of ships to the cargoes requiring transportation has been aggravated by the delivery of a massive orderbook of new ships that followed the boom markets of the middle of the last decade. 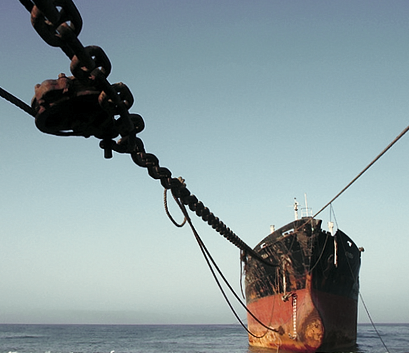 The shipping recovery that never arrived

As we approach midyear 2014, shipping’s economics remain stuck in the doldrums will little or no recovery in sight. The surplus capacity of ships to the cargoes requiring transportation has been aggravated by the delivery of a massive orderbook of new ships that followed the boom markets of the middle of the last decade.

This surplus is not limited to a few markets but, with the possible exception of gas, both LNG and LPG, it has affected the rest and in particular the wet and dry bulk, and the container markets. The effect has been severe as few ships in these markets generate a profit after operating expenses, debt interest and amortization.

Numerous public companies have gone bankrupt as also have many private ones. The German KG funds have been almost completely wiped out and created huge losses for the German shipping banks. The average age of the world fleet is at an historic low, meaning it will be around for at least another decade. Unfortunately when companies go bankrupt or when their ships get arrested and sold, they do not go away but continue to trade with lower capital costs, thereby prolonging the depressed freight markets.

Furthermore a majority of the fleets in most sectors trade in the spot markets without any period charter cover, in the false expectation that markets will recover or secondhand values will increase.

This however ignores the facts that shipyard capacity remains high and in countries like Korea and China has now become a strategic industry supported with domestic banks funding the construction period and government funds backing Export Credit. All without any secure operating income from charters.

Unfortunately this rush to order new ships has been fueled by an influx of new money, both equity and bonds from Private Equity and Hedge Funds that are gambling on ship values and not the long-term revenue streams from operations.

The vast majority of the ships on order today have no contractual employment and no evidential income other than indications of future ship values referenced back to the boom years of 10 years ago.

Some have likened this influx of new money to the “Blind Capital” of the mid-1800s. “Credulous capital, ignoring risks, flooding into unwise investments”.

There is no sign of any investment interest from Mutual Funds or Institutional Investors such as Pension Funds or Life Insurance companies which are usually averse to short term gambles. The speculative day traders have fun playing the rumors and the price volatility of the publicly traded companies.

Even more surprising is the activity of some of the Private Equity funds buying distressed bank debt at marginal discounts. If a shipowner cannot serve his existing bank debt, how is he going to service the new owners of the debt who have much higher expectations of return on their investments than simple bank margins?

It has been said that some of these funds are looking for default so they can convert the loans to equity, take over the ships and sell them for a profit. The track record of these deals so far is not good and the current focus on newbuildings only extends the excess fleet capacity and prolongs the lower freight rates which are the key economic of the shipping industry.

The list of publicly traded shipping companies on the New York stock exchanges is the worst performing of any sector. Original equity has been emasculated by secondary offerings and huge secured debts that in many cases today exceed the current market value of the ships that are the security. In the past 12 months we have seen the emergence of new forms of “Junk Bonds”, with double digit interest rates, which rapidly escalate on default and look more like the Cash Advance lending that proliferates among the poor. This junk is surprisingly not shown as debt in the borrower’s balance sheets and is ironically named as “Perpetual”.

So while new money is finding the shipping industry what is the outlook for the services it provides?

The freight markets for most ship types remain severely depressed because of the excess capacity that was generated from the new-building orders that followed the brief boom of 10 years ago, and then faced the financial crises and the global recession that still envelops the world today.

Yet it is reported that some $40bn of newbuilding orders were placed in the first 4 months of 2014.

This current reckless activity in ordering hundreds of new ships will only extend further the bad markets and push any balancing between supply and demand into the next decade, at the earliest. The claims of fuel economies of the new ships will not force earlier scrapping as the older ships will have less capital invested in them and can be maintained to operate until they are at least 20 years old.

There is no evidence of any increased demand for shipping, except in the gas sectors, and the newfound resources of oil and gas in the USA will have a negative effect on crude oil shipments. This may well be compounded by the new pipelines between Russia and China, the reduction in consumption of gasoline in China and the expansion of “Fracking” in Europe. The USA will reduce its imports of crude oil by at least 50% in the next 10 years and convert its trucking fleets to natural gas by 2025.

It unfortunately will take several years before the current influx of new money faces the reality that it is operating income that makes a business and not the fluctuating values of the operating assets.