US ports need massive upgrade: American Society of Civil Engineers
Home SHIPPING NEWS Speculation rife on what Maersk will do with swelling warchest

Speculation rife on what Maersk will do with swelling warchest

THE London shipping community is rife with speculation about Maersk's intentions on how to spend US$4 billion expected from its sale of non-core assets. 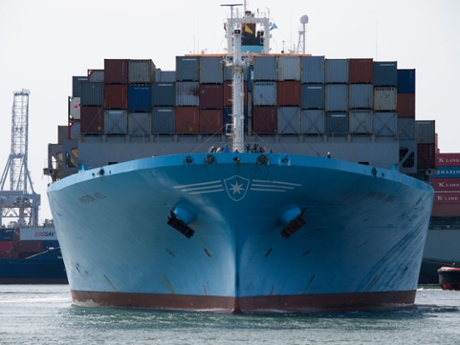 Speculation rife on what Maersk will do with swelling warchest

THE London shipping community is rife with speculation about Maersk's intentions on how to spend US$4 billion expected from its sale of non-core assets.

London's Drewry Maritime Research believes that the group's profitable oil and gas exploration and APM Terminals have a strong case for a big tranches of the cash.

But Maersk Line, says Drewry, is also likely to obtain at least its fair share, in order to maintain competitive edge, fleet balance and its leading position in the industry.

If Maersk Line, already enjoying enormous economies of scale, were paid to provide even more competitive services, poorer rivals, would be in state of terror, says a Lloyd's Loading List editorial.

Lloyd's Loading List is inclined to think Maersk's APM Terminals, is just as promising a recipient of fresh investment, given that it has so far produced one of the best returns on invested capital in the group.

"This is especially relevant at this time given that APM Terminals has a large number of projects on the go," said the editorial.

"The company's business model is focused on higher growth emerging markets, with emphasis on developing greenfield, deep-water facilities serving gateway traffic on a multi-user basis, along with the expansion of existing facilities," it said.

APM Terminals currently has seven new terminals under development, as well as expansion projects at no less than 16 existing terminals. All but four of these 23 developments are in emerging markets.

But Lloyd's Loading List is not entirely sold on this direction: "It is common knowledge in the industry that MSC's fleet and orderbook, when including intended leased and chartered tonnage, will bring the line to a position before long where its overall fleet is as large as Maersk Line's or possibly bigger.

"It is highly likely that Maersk Line will want and need to widen the gap again with MSC to maintain competitive edge - not simply for the kudos of maintaining market share, but to seek further operating cost reductions and to ensure that the overall fleet has the right balance of ship sizes," the editorial said.

"For example, the 11,000-TEU plus size range, all of Maersk Line's owned vessels are or will be in the 15,000-18,000 TEU bracket. Compared with MSC, Maersk has a strong position as far as the very largest ships are concerned, but appears to be lacking vessels in the 13,000-TEU new panamax size and may need to invest in such ships as a result - depending on its planned use of the widened Panama Canal after the end of 2015," it said.