The U.K.'s Marine Accident Investigation Board has released the results of its investigation into the collision of the U.K.-flagged container ship Ever Smart and the Marshall Islands-flagged tanker Alexandra 1 at the channel entrance for Jebel Ali. 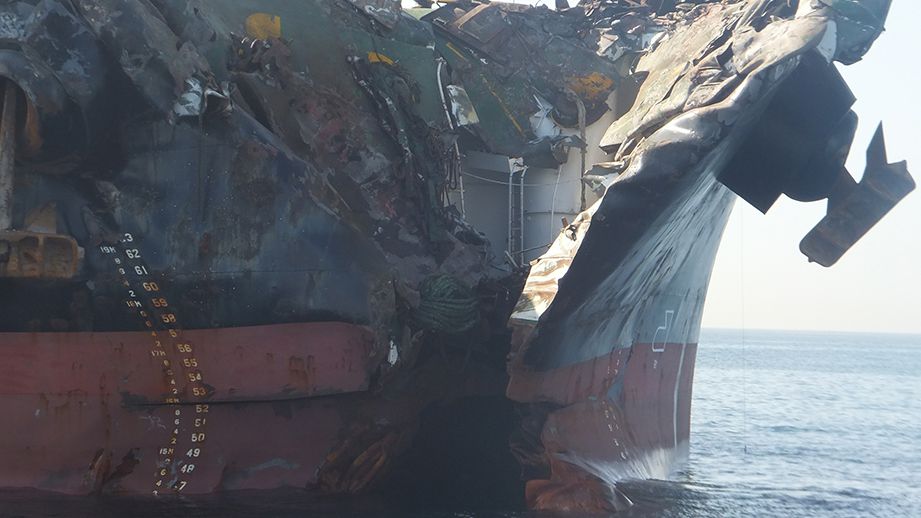 The U.K.'s Marine Accident Investigation Board has released the results of its investigation into the collision of the U.K.-flagged container ship Ever Smart and the Marshall Islands-flagged tanker Alexandra 1 at the channel entrance for Jebel Ali.

The Ever Smart embarked a pilot and departed its berth the night of February 11, and was due to arrive at the channel entrance shortly after the Alexandra 1, which had been instructed to wait near the entrance for the pilot.

The Ever Smart's pilot departed the vessel at the Number 2 buoy to meet the Alexandra and take her in to Jebel Ali. The Ever Smart was making 11 knots, and after the pilot's departure, she put more turns on to get up to sea speed.

The Alexandra was slowly approaching the channel entrance, having drifted closer over the half hour she'd waited for the pilot, and her captain noticed that the Ever Smart was not changing course at the Number 1 entrance buoy as he had expected. An earlier call from port control to another vessel had given him the false impression that Ever Smart would turn to port.

As the two vessels closed, the port control VTSO, the pilot, and the master of the Alexandra 1 all called on the Ever Smart to turn to starboard. Alexandra 1 went to full astern and her trackline suggests that her bridge crew cycled her rudder in an attempt to take off speed. She was operating with her AIS switched off, and the bridge team of the Ever Smart was not aware of her presence until moments before the collision. 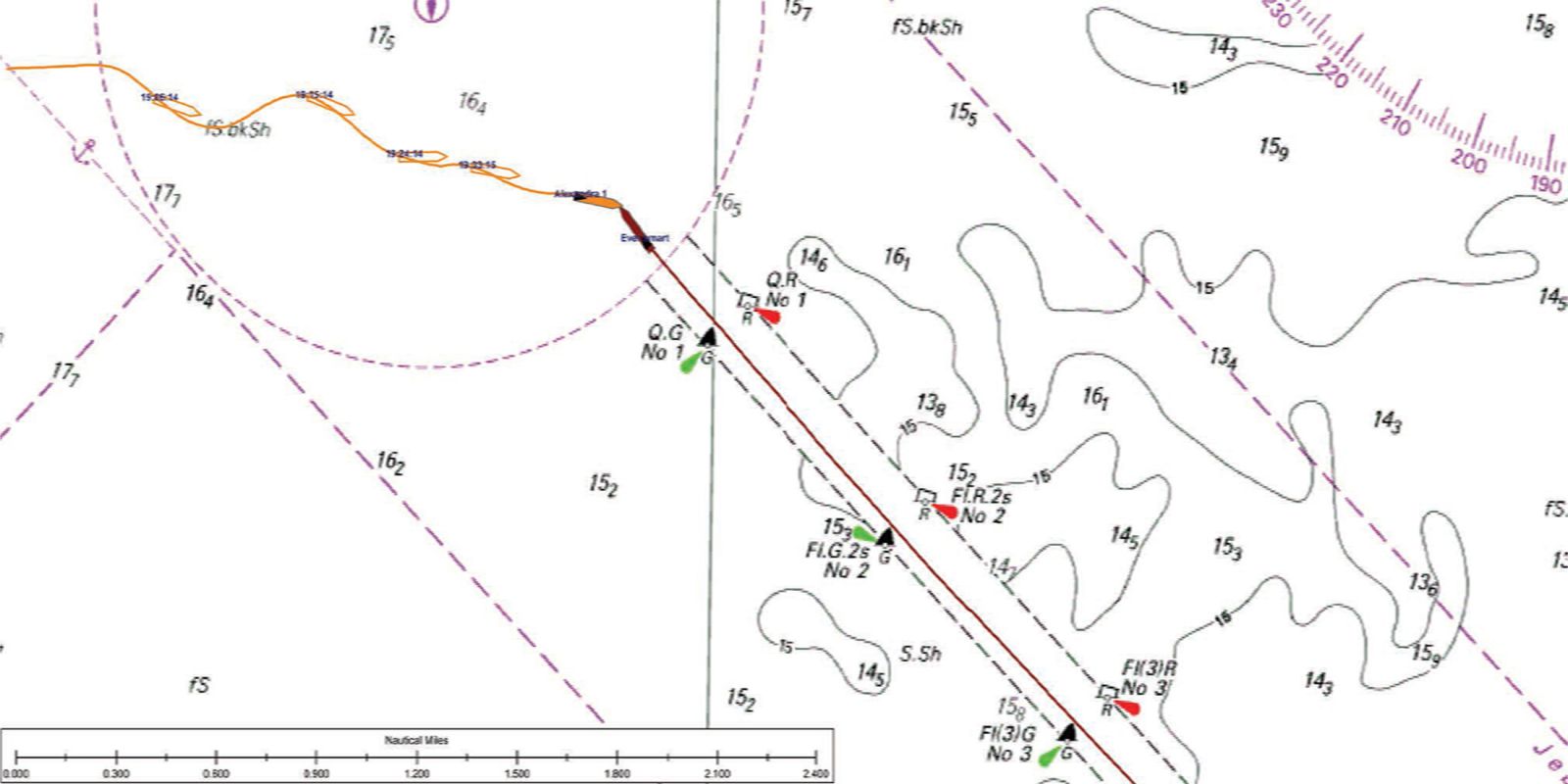 The vessels collided head on about four cables from the Number 1 buoys. Alexandra 1 remained full astern, and the vessels separated a few minutes after collision. The Alexandra's chief engineer took her engines to all stop following separation.

Both vessels sustained serious damage. The Ever Smart suffered hull plate buckling and was holed in several locations. She recieved temporary patching in the UAE and headed for Ningbo, China for permanent repair. 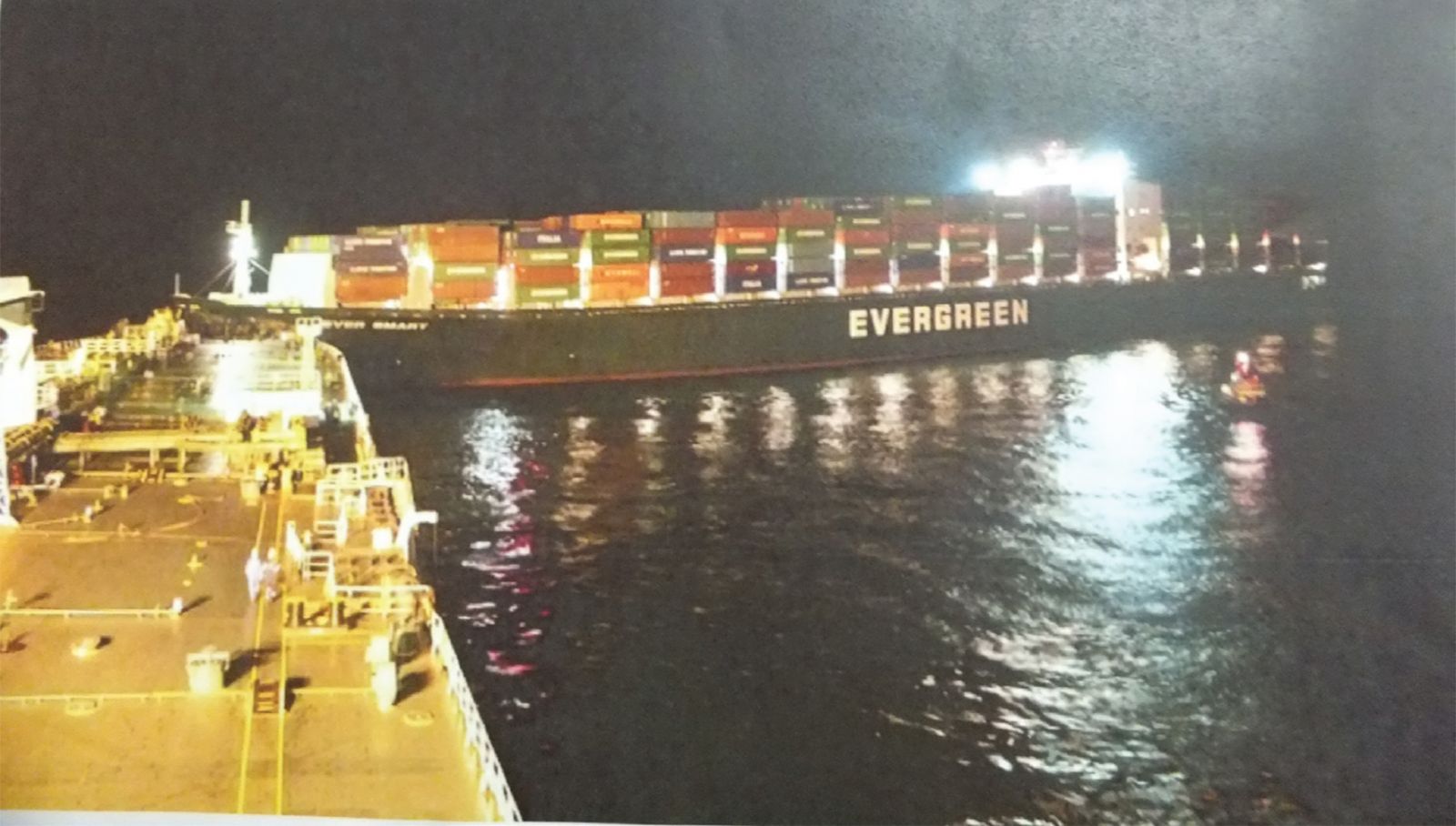 The Alexandra 1 was not allowed to enter port, and she could not anchor, as her bow had been fully split in half and her ground tackle destroyed in the collision. Her collision bulkhead was not penetrated and she remained under way until her cargo could be offloaded to other vessels at sea.

No pollution or injuries were reported.

By local and international rules of the road, the Ever Smart had the right of way, but the report found that she contributed to the collision by not maintaining an effective bridge watch. “The reliance of Alexandra 1’s master on scanty VHF information and the failure of Ever Smart’s master to keep a proper lookout and monitor Alexandra 1’s movement were pivotal to this accident,” the report concluded.

Other contributing factors cited by MAIB included the lack of AIS data from the Alexandra 1; the failure of port control to observe and correct the Alexandra's drift towards the channel entrance; and a series of ineffective VHF communications among the parties as the collision approached.