Chinese banks, avoiding dollar- denominated loans as the yuan appreciates, are scaling back funding to shipyards and vessel owners two years after the government told them to boost their commitment to the industry. 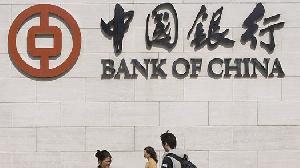 Chinese banks, avoiding dollar- denominated loans as the yuan appreciates, are scaling back funding to shipyards and vessel owners two years after the government told them to boost their commitment to the industry.

As credit extended to companies building, servicing and operating boats climbed 24 percent to $32.3 billion this year, Chinese banks’ share shrank for the first time in five years, declining to 0.7 percent of the total from 11.2 percent in the same period of 2009, according to data compiled by Bloomberg. Bank of China Ltd. is the only Chinese company among the top 60 ship lenders after three made last year’s top 10, the data show.

China, the biggest shipbuilding nation, directed banks to lend more to shipping lines in 2008 as financing from U.S. and European lenders dried up amid the global credit crisis, threatening orders for locally made vessels. China’s currency was the only one among the so-called BRIC nations to appreciate against the dollar last month, and Standard Chartered Plc forecasts it may gain a further 25 percent by 2020, making loans denominated in the dollar less attractive for Chinese lenders.

China’s currency strengthened 0.2 percent to 6.657 per dollar as of 2:20 p.m. in Shanghai, according to the China Foreign Exchange Trade System. Non-deliverable forwards indicate traders expect a 2.4 percent gain in the next 12 months. The yuan appreciated 0.4 percent against the dollar in November while India’s rupee slid 3.1 percent, Russia’s ruble dropped 2.1 percent and Brazil’s real fell 0.7 percent, Bloomberg data show.

“The lack of U.S. dollar credit is a problem and it’s not going to change in a short time,” Chen Qi, head of ship financing for Shanghai Pudong Development Bank, said at the Dec. 7 conference. “We’re cooperating with overseas banks to learn more about the industry so that when there is enough credit we can catch up quickly.”

China’s shipyards received shipbuilding orders equivalent to 44.4 million deadweight tons in the first 10 months of this year, beating the 39.2 million of orders in No. 2 ranked South Korea, according to Clarkson Plc, the world’s biggest shipbroker.

Fleet growth could “substantially slow” in 2011 because of order cancellations and delayed deliveries even as global commodity seaborne trade volumes are expected to increase as China’s iron ore imports pick up and coal shipments to India grow, a UOB-Kay Hian Holdings Ltd. research note said Dec. 13.

A widening gap between six-month interbank rates for dollars in London and Shanghai show Chinese banks are making it more expensive to borrow in the U.S. currency.

The difference peaked at 3.16 percentage points on Nov. 4, the widest gap in at least 18 months and up from 0.72 percentage point in January, according to ICAP Plc. The nation’s banks extended $14.3 billion of foreign-currency loans in November, central bank data show.

“We don’t borrow from Chinese banks because if there’s no Chinese connection they’re not interested,” said Khalid Hashim, managing director of Precious Shipping Pcl, Thailand’s largest marine transport company. “If they were offering cheaper funding, and were willing to lend on a bilateral basis to buy ships from anywhere in the world, then it might be something we’d look at.”

China is Thailand’s biggest overseas market and bought about 11 percent of Thai exports in the first 10 months of this year, Thai government data show.

Five-year credit-default swap contracts on the nation’s bonds fell 3.6 basis points to 68 basis points, CMA prices show. The contracts rose 28 percent in November after falling about 9 percent in October following a drop of 18 percent in September.

Credit-default swaps typically decline as investor confidence improves and rise as it deteriorates. The contracts pay the buyer face value in exchange for the underlying securities or the cash equivalent should a government or company fail to adhere to debt agreements.

One-year interest-rate swaps, or the fixed cost needed to receive the floating seven-day repurchase rate, rose one basis point to 3.15 percent as of 2:21 p.m. Five-year swaps were little changed 3.89 percent. That rate is up from this year’s low of 2.68 percent on Aug. 12, according to data compiled by Bloomberg.

Earnings at shipping lines were hit last year as U.S. and European consumers reduced spending on Asian-made goods, forcing them to idle vessels and delay deliveries of new ships as a capacity glut reduced asset values.

A.P. Moeller-Maersk A/S, owner of the world’s largest container-shipping line, posted its first annual loss in at least six decades in March after the shipping market contracted for the first time since global containerization started in the 1970s.

“The dollar’s depreciation will have a significant impact on Chinese banks’ financing activities,” Carl Stefan Glabe, managing director of Campi d’Oro Shipping & Financial Advisory LP, said in a phone interview from Singapore. Even so, their financial strength and European financing goals mean they will “become the banks funding the world’s future fleet,” he said.