Three Durban women have made history by becoming Africa's first black, female marine pilots to obtain an open licence that enables them to navigate ships of any size and type into South African waters. 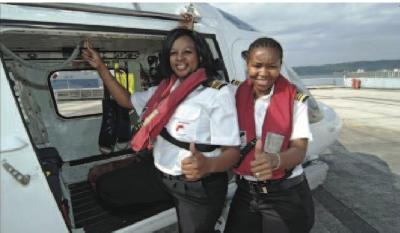 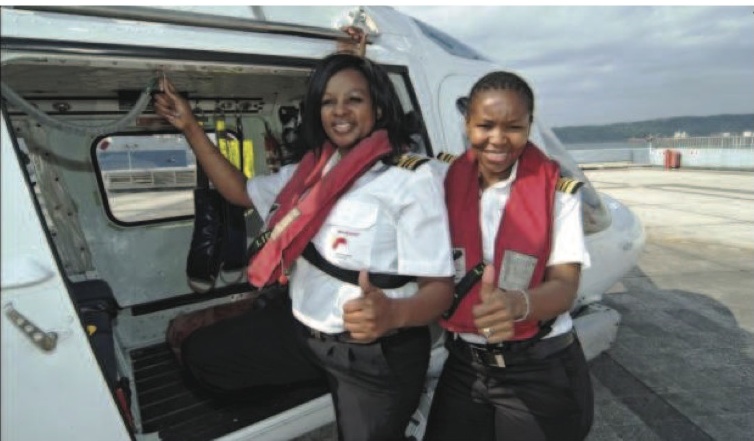 Not only are Precious Dube, Bongiwe Mbambo and Pinky Zungu three of only five female marine pilots in South Africa, but their open licence gives them authority to guide anything from the very smallest vessels to the biggest supertankers and container ships into port.

The three were among the earliest development candidates introduced by Transnet National Ports Authority in the late 90's to encourage more black participation in the country's ports.

Today the majority have worked hard to achieve success in senior positions such as harbour mastering and port captaincy.

Tau Morwe, Chief Executive of Transnet National Ports Authority, said the achievements of the three illustrated the successes of the port authority's programme of transformation and employment equity.

"The maritime sector used to be one that was closed off to the historically disadvantaged, including women, but this is changing and we are geared for even greater success stories like this," he said.

Women are now found across all levels of the country's maritime sector, from crane operators to senior executives.

Dube, thirty something from Inanda Newtown, was the first female to qualify with an open licence and said she was very excited when told of her historic achievement.

"The captains of foreign ships can be very sceptical when you're a woman because it's not common for them to see a female marine pilot, although I've heard there are a few in the United States and possibly Australia," she said.

She said she was used to being quizzed about her experience as a pilot.

"But once you exchange information with the captain and make him feel confident that you know the port like the back of your hand and can get his ship into the port safely, you win him over easily enough," she says.

Mbambo, 29, is originally from Esikhawini on the North Coast of KZN but now lives in Glenwood, Durban. She laughs when she recalls the amazement of the captain of the first vessel she guided in after qualifying as an open licence pilot recently.

"The captain actually took photographs and recorded a video while I was performing my job alongside him. It was very funny," she says.

Zungu was the latest to qualify and echoed the proud sentiments of her peers.

"Being at sea was difficult at first. I was the only cadet and the only female on a Russian cruise ship where only the captain spoke English well. But I eventually befriended another South African woman who joined the ship later and together we focused on achieving our career goals despite the challenges," she said.

"Today I love my job and can imagine myself still doing this at the age of 65," she says.

They then completed experiential training as cadets out at sea with shipping lines such as Safmarine and Unicorn, sailing between South Africa, Europe and the Far East.

They then trained and worked as tug masters at Transnet, manoeuvring ships in and out of the port with the aid of small tugboats.

After a one year pilot training programme they qualified as junior pilots before progressing through the various licence grades, starting with smaller ships of around 16 000 gross tons, then 20 000, 25 000, 35 000 and eventually finishing with an open licence.

Rufus Lekala was also part of that first development group and now holds the position of Chief Harbour Master for South Africa. He is also the youngest in the world.

He applauds the women's progress saying, "South Africa is leading the pack in terms of equity and transformation in the maritime field.

"Pilots Dube, Mbambo and Zungu have put us on the map once more and should be very proud of their achievements."

Transnet National Ports Authority is one of five operating divisions of Transnet Limited. The national ports authority is responsible for the safe, effective and efficient economic functioning of the national port system, which it manages in a landlord capacity.

It provides port infrastructure and marine services at the eight commercial seaports in South Africa - Richards Bay, Durban, Saldanha, Cape Town, Port Elizabeth, East London, Mossel Bay and Ngqura (Coega) in the Eastern Cape. It operates within a legislative and regulatory environment created by the National Ports Act 2005 (Act No. 12 of 2005). For more information visit www.transnetnationalportsauthority.net.