Rush out from Libya:Evacuations continue

After three days of delays, a U.S.-chartered ferry carrying Americans and other foreigners out of the chaos of Libya finally arrived Friday at the Mediterranean island of Malta. 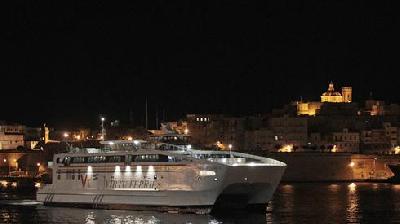 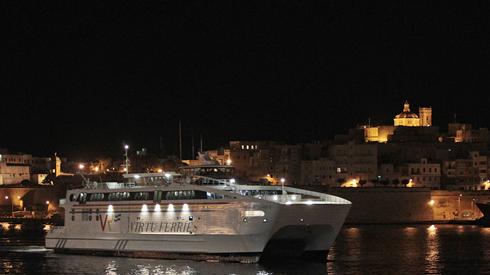 VALLETTA, Malta — After three days of delays, a U.S.-chartered ferry carrying Americans and other foreigners out of the chaos of Libya finally arrived Friday at the Mediterranean island of Malta.

The Maria Dolores ferry evacuated over 300 passengers, including at least 167 U.S. citizens, away from the turmoil that has engulfed the North African nation as residents rise up over Moammar Gadhafi's iron-fisted rule.

Minutes after the ship docked in Malta's Valletta harbor, a few people on wheelchairs were escorted out. Women holding babies then walked down a ramp, while others held the hands of children as they stepped off the ship after 8-hour voyage across the choppy Mediterranean Sea.

"Oh, it was a long ordeal. We are glad it's over," said evacuee Sara Ali, a 30-year-old with dual Libyan-American citizenship who lives in Libya. "We're just really tired and really happy to be out and safe."

The passengers have been stuck aboard the catamaran since Wednesday in their quest to escape Libya's escalating unrest, but strong winds and high seas had prevented the ferry from leaving the Libyan capital of Tripoli.

"It was pretty uncomfortable just because of the delay," said Lucile Usielmerazcerna, another evacuee from Santa Cruz, California. "It was really rough waters coming over here, also having to stay in the dock for 2 or 3 days."

"Right now I'm just feeling kind of good that we are here," she added.

Tens of thousands of foreigners have been fleeing Libya this week. Turkish and Chinese workers climbed aboard ships by the thousands, Europeans mostly boarded evacuation flights and North Africans have been heading to Libya's borders with Egypt and Tunisia in overcrowded vans.

China dispatched a navy ship to support the evacuation of its citizens. An estimated 30,000 Chinese live in Libya, working on dams, roads and other infrastructure projects. Most are now seeking to flee the country, where fighting between rebels and Libyan militiamen loyal to Gadhafi has killed hundreds. Chinese state media reported Friday that about 12,000 Chinese have been evacuated so far.

Still, bad weather forced thousands of Chinese to remain in Libya as their Greek ship stayed in port. About 6,000 were expected to head to the island of Crete on Saturday.

China also evacuated more than 450 citizens by plane and bus Friday — nearly half of them employees of Sinohydro, a state-owned company involved in construction, engineering, investment and real estate.

Gong Xuefei, a Sinohydro employee based in the eastern Libyan city of Benghazi, told the official Xinhua News Agency that the evacuees first took buses to the border with Egypt, then traveled to Cairo, then flew home.

"The whole journey lasted more than 30 hours. It was exhausting," he said.

India was sending two flights a day starting Saturday to evacuate some of the 18,000 Indians in Libya, as well as sending ships.

The Italian military ship San Giorgio left the Libyan coast Friday with about 245 people, half of them Italians, said the ship's captain Enrico Giurelli. Rough seas and strong winds had delayed the operation. The ship is expected to arrive in Sicily on Sunday.

Another few dozen Italians and other foreigners were evacuated aboard an Italian C-130 plane that arrived Friday at an air field near Rome, but two dozen Italians allegedly robbed in southern Libya still awaited evacuation, the ANSA news agency said. They are reportedly running out of food.

Italy was also in touch with Libyan authorities over 150 employees of an Italian company who were stranded at the border with Tunisia in a documents dispute.

"The situation in Libya is getting worse. We are not talking about chaos anymore, but really about a civil war," Polish Foreign Ministry spokesman Marcin Bosacki said on TVN24.

Poland appealed to its 400 citizens in Libya to leave as quickly as possible, saying the window of opportunity was narrowing.

"We firmly advise that they return," Bosacki said. "If someone wants to leave they should do so as quickly as possible."

British Prime Minister David Cameron issued a similar call, adding his government was doing "everything it can" to get British nationals out.

The British naval ship HMS Cumberland sailed from the eastern Libyan city of Benghazi on Thursday for Malta with 207 evacuees. The trip usually takes at least 15 hours but was expected to take hours longer because of rough seas. Cameron said a second warship — HMS York — was being sent to waters close to Libya to help with rescue missions.

"People do need to leave now and that is the message that I give very strongly to British citizens in Libya," Cameron said. "For those in the desert, we will do everything we can and we are active on that right now to help get you out."

Britain, meanwhile, denied a report it had paid bribes to Libyan officials to help facilitate evacuation flights. A Foreign Office spokesman, speaking on condition of anonymity in line with policy, said "paying charges levied by the authorities at a foreign airport is not bribery."

Sam Dewhirst of Leeds, England, however, said he believed Britons' exit might have been eased.

"I think our people probably smoothed the way with a few bribes to get us in to get us preferential treatment," Dewhirst said in Malta.

Greece had to overcome serious hurdles to obtain landing clearance to evacuate 230 Greeks from Libya to Athens on Friday.

"It was total chaos on every level, and quite troubling for the people involved. But we got our people out," said Deputy Foreign Minister Dimitris Dollis, who traveled to Libya to coordinate the effort. "It took us three days just to get clearance to land."

About 10,000 Turkish citizens have been evacuated so far, President Abdullah Gul said Friday. Turkey has up to 30,000 citizens working in Libya, most on construction projects.