Prices for new containers have fallen to a 10-year low

NEW container prices are falling because costs of production have fallen to a 10-year low at US$1,750 per TEU in June. 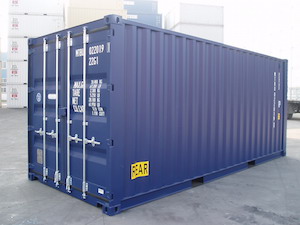 Prices for new containers have fallen to a 10-year low

NEW container prices are falling because costs of production have fallen to a 10-year low at US$1,750 per TEU in June.

The index fell sharply in late 2012 before stabilising at $2,000 per TEU throughout much of 2013-14, but has declined sharply this year, reported UK's Port Technology.

Lead analyst for container equipment at Drewry, Andrew Foxcroft, said: "The price index will, at best, hold at $1,800 per TEU for much of 2015-16, although it may go even lower."

According to the Container Census report published by London-based shipping consultancy Drewry, the global container equipment fleet amounted to 36.57 million TEU at the end of 2014, having increased in size 6.2 per cent last year, marking a small improvement over that of the preceding two years.

The report forecasts demand will expand at an annualised rate of five per cent through 2015 to 2018, in line with the continuing modest outlook for trade growth.

"Box fleet expansion will remain relatively weak because a growing share of the anticipated demand will be replacement purchases, while the outlook for global container shipping traffic is generally subdued," continued Mr Foxcroft.

"Drewry expects the leasing sector to hold on to its recently enhanced market share, even if shipping lines manage to increase their direct investment in new boxes, after several years of very poor fleet growth. The 40 foot high-cube box will increasingly dominate within the global fleet."

He concluded: "The outlook is for container supply to remain in relative balance with demand and for annual production to rise only modestly in the run-up to 2018."

HIGH-PROFILE LINE UP IN PLACE FOR ICS CONFERENCE IN SEPTEMBER