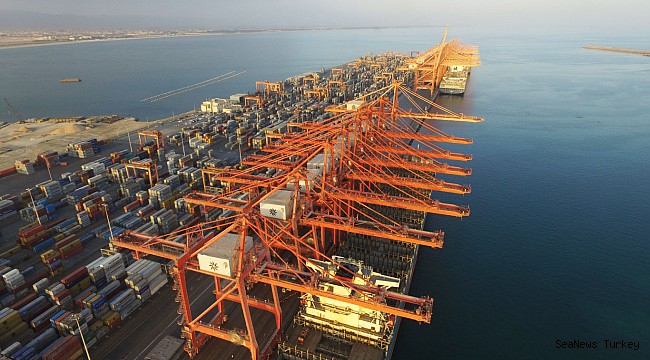 The increase in volume is due to the fact that last year the port was still recovering from the impact of Cyclone Mekuno. However, the port pointed out that, despite a highly competitive market, it has managed to retain all its major customers, with its biggest user Maersk's share of the business rising 31 per cent year on year.

Despite the impact of Covid-19 on world trade, the immediate short term outlook for Salalah's container terminal continues to be positive, the port said, due to the consolidation of several services at the Omani hub.

However a statement from the port added: 'The medium to longer term outlook remains uncertain with the continued drop in global demand and supply chain disruption. We are closely working with our main customer to mitigate the potential drop in volumes through new value added services and supply chain support options.'

The mitigation plans under consideration are expected to limit the impact on transshipment activity, which accounts for about 95 per cent of overall volume at Salalah.

Prospects for the general cargo terminal appear less bright. Commodities such as gypsum and limestone, which are feedstock for cement and steel production, are expected to see a significant drop in demand in India and South East Asia, reports Dubai's Maritime Standard.

China to take 'necessary measures' on US blacklist without saying what