A Romanian pilot died on the bridge wing of the 'Hamoudi B' in the morning of June 19, 2018, while guiding the ship into port 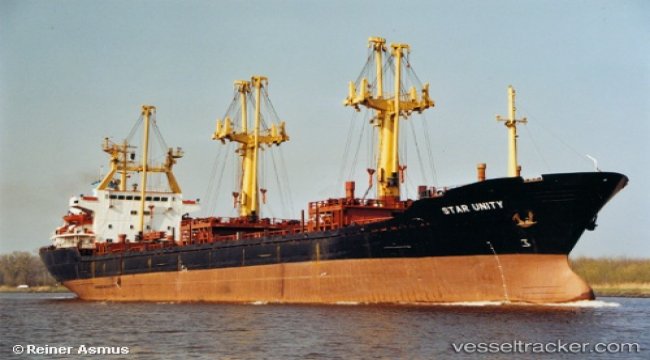 The pilot died on the wing of the captain's bridge of a Lebanese vessel called "HAMOUDI B" (IMO: 8012231, flag of Saint Vincent and the Grenadines).

The deceased was a citizen of Romania.

According to fleetmon.com, the accident occurred on June 19. The pilot took the ship to the port.

As the crew members of the ship "HAMOUDI B" informed, the pilot just fell down with no signs of life.

According to some reports, the cause of death could be a trauma, which he received by falling and striking the deck.

It is reported that the pilot was 60 years old.

Previously, the Seafarers Journal reported that in Italy, in Porto Nogaro, a 61-year-old pilot fell overboard as a result of a collision of a pilot boat with a vessel "SKYLARK".

It is reported that the fishing vessel left Porto Nogaro with the pilot on board, and another pilot was on the ship that accompanied SKYLARK.

Read also: Captains entering ships to punish, and sea communication with the Crimea - to block, - opinion
The pilots failed to get in touch when the fishing boat began to maneuver dangerously. As a result, a pilot vessel collided with SKYLARK.

During the impact, the pilot from the first floating craft fell overboard and was found dead in the water.