U.S. refiners will refrain from buying more Kurdish crude oil until a long-running dispute between Baghdad and Iraqi Kurdistan is settled, while Washington urges both sides to set aside their differences and helps them tackle Sunni militants, Reuters reported. 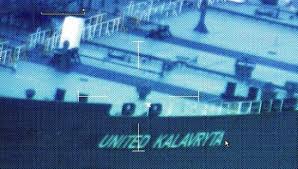 U.S. refiners will refrain from buying more Kurdish crude oil until a long-running dispute between Baghdad and Iraqi Kurdistan is settled, while Washington urges both sides to set aside their differences and helps them tackle Sunni militants, Reuters reported.
The two known U.S. buyers of Kurdish crude oil have now rejected delivery of cargoes from tankers near New Jersey and Texas, saying they will not make further purchases until it is determined who has the right to sell the oil: the central government of Iraq or the Kurdistan Regional Government (KRG).U.S. refiner Axeon Specialty Products was the latest company to turn away a cargo of Kurdish crude oil on Monday.
It balked after Baghdad filed a lawsuit over a cargo slated for another U.S. refiner, LyondellBasell NV."In light of the dispute over the rights to sell crude oil originating from the Kurdish region ofIraq, Axeon will not purchase or accept delivery of any of the affected crude oil until the matter is appropriately resolved," the company said.
Now the tankers, the Minerva Joy and the United Kalavrvta, are stuck in limbo, anchored in U.S. coastal waters as they wait out the controversy, Reuters ship tracking data shows.
Washington, which has been pushing both sides to reach a deal over oil sales since the start of the year, has stopped short of banning U.S. companies from buying Kurdish crude but warned they may face legal tangles with Baghdad.
The impasse over oil sales has become symbolic of the future of Iraq. While the KRG needs revenues to fund its fighters and tackle a growing refugee crisis, Baghdad fears independent oil sales will finance a breakaway Kurdish state.
The United States has urged unity and last week launched air strikes against Islamic State militants who have seized a third of the country and defied Baghdad and the Kurds.The White House on Tuesday said Iraqi Kurdish President Masoud Barzani had pledged to work with Iraq's new leader, Haider al-Abadi, who is due to replace Prime Minister Nuri al-Maliki. Abadi called on politicians to end crippling feuds.
But analysts said a deal over oil would be difficult to reach."Until the legal dispute is resolved it seems unlikely the Kurds will be able to find U.S. buyers willing to take cargoes," said Richard Mallinson at Energy Aspects in London.
"It is not yet clear that the KRG and a new federal government will be able to set aside their disagreements and reach a deal over Kurdish oil exports any time soon."In total, almost $140 million worth of Kurdish oil sales have been blocked off the U.S. coast since July. A tanker carrying another $100 million of Kurdish crude has been stuck off Morocco for more than two months.Before the latest chapter of the dispute, at least five cargoes of Kurdish crude were delivered on U.S. soil this year, all of them going to ports in Houston and Paulsboro used by LyondellBasell and Axeon.