LOWER vessel speeds from slow steaming in the face of high fuel costs initially focused on the long-haul east-west trades, but has since spread to other parts of the liner network, reports Clarksons, the London shipbroker. 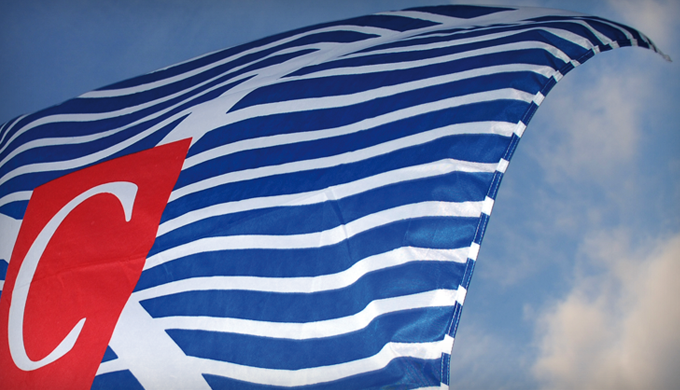 LOWER vessel speeds from slow steaming in the face of high fuel costs initially focused on the long-haul east-west trades, but has since spread to other parts of the liner network, reports Clarksons, the London shipbroker.

After analysing the phenomenon, the Clarksons says oil prices will have to fall a long way from their present decline before shipowners will abandon slow steaming because the benefits will be hard to find elsewhere.

As box shipping faced up to oversupply in the wake of the economic downturn in 2008, slow steaming also absorbed surplus vessels as did re-routing ships on longer voyages.

For example, more Asia-US east coast cargo is now carried via Suez rather than Panama canal, which has also added to the drop in vessel productivity, said the report.

"On each trade lane, today's running capacity is generated by a specific amount of vessel capacity deployed at today's productivity levels," said the report.

"This can be compared to the capacity that would have been needed to generate the same running capacity at previous (higher) levels of productivity.

"Adding up the difference between the two across trade lanes is one method for estimating the capacity being absorbed by reduced productivity," the report said.

But is slow steaming here to stay, Clarksons asks? "Bunker prices slipped to as low as US$450 per ton in October, but the capacity absorbed by lower vessel productivity has continued to increase, passing the 2.5 million TEU mark in September," it said.

"The benefits from slowing down are highly significant and speed-related productivity gains seem less clear for boxships unless bunker prices fall quite a bit further," said the report.

"This is borne out in recent years by the trend in ordering boxships optimised for slower speeds than their predecessors, and despite falling fuel prices many lines have thus far re-iterated commitment to slower speeds," said the report.

More 5,000-TEUers plus to call at West African ports